China’s decision to slaughter much of its pig herd due to African swine fever has led to a shortage of meat protein. 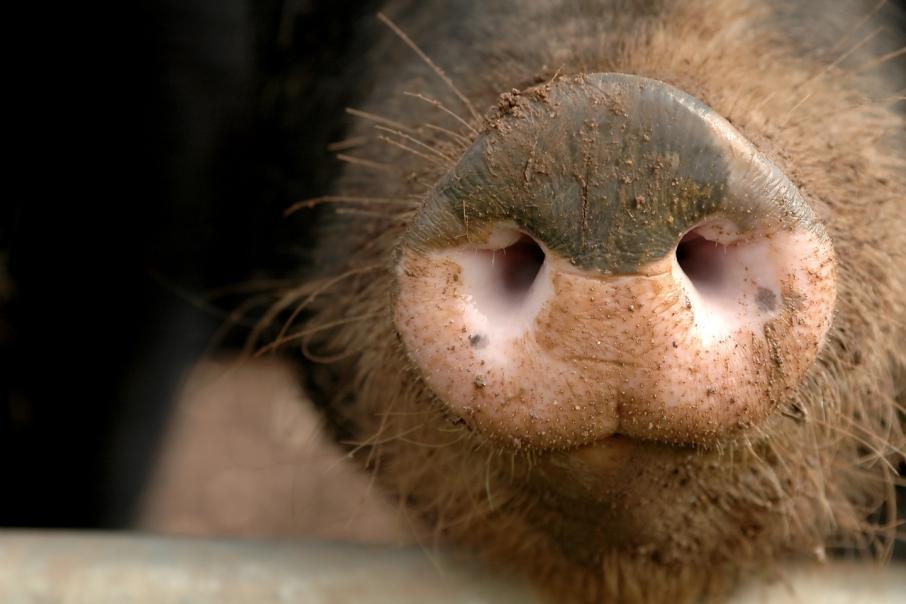 It may currently be the world’s most (in)famous virus, but it could be argued that COVID-19 arose due to the actions taken to combat another virus, which has been kicking around for a century or so.

The first documented case of African swine fever (ASF) was noted in Kenya in 1921.

However, it is believed that the initial outbreak occurred as early as 1907, and it then remained in Africa until 1957 before beginning its march around the globe.

While not harmful to humans, and not to be confused with swine flu, this virus is a contagious, virulent disease that causes high mortality in pigs.

ASF hit the headlines in 2018 when it arrived in China and began to decimate the pork industry there.

It is estimated that 200 million Chinese pigs either succumbed to the virus or were culled in an attempt to stem the spread.

The severe reduction in the Chinese pig herd caused a drop in pork production of about 40 per cent during the 2019 season.

The resulting gap between the supply of, and demand for, meat protein led to an increase in imported meat product and, at least anecdotally, the greater consumption of fresh wild meat bought at wet markets.

Chinese demand for imported meat from across the globe surged during 2019.

Australian beef and sheep meat producers benefited enormously during last year, as export volumes for beef to China ran 85 per cent above the five-year average levels.

Strong Chinese demand for meat protein remains, as does ASF.

Although most of the media coverage has been reserved for COVID-19, ASF has continued its spread into Western Europe, having reached Germany in early September.

Analysis of the impact of ASF for 2020 on the Chinese pork industry shows a gap of about 24.5 million tonnes in production due to the reduced pig herd.

To further complicate matters, recent flooding in China has delayed the rebuilding of the pork sector, with about 35 per cent of the Chinese pig herd located in the flooded regions.

There is no single meat protein, or one country, that will be able to fill this meat protein void in China. 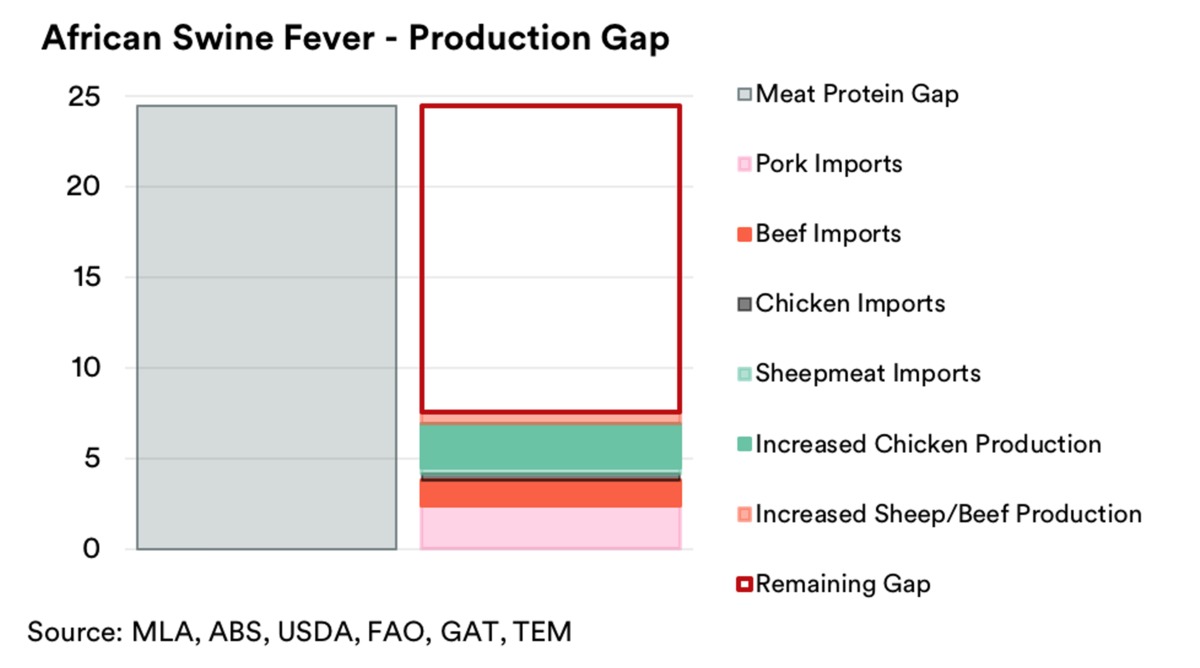 As a result of this deficit, China has demonstrated strong demand for meat protein during the first half of 2020, with its top four source nations all showing gains in traded volumes.

China sources the largest share of its meat protein imports from Brazil, with volumes from January to June 2020 up 140 per cent.

The US is in second place, with meat export volumes to China up 544 per cent.

While the phase-one trade agreement is having an impact there, another factor is the large supply of cheap hogs in the US at present, given the processing backlog due to COVID-related meatworks shutdowns.

Spain sits in third spot in terms of market share of meat into China, with numbers up 204 per cent.

Australia is in fourth spot, having recorded a 24 per cent gain over the relevant period.

Given the volumes recorded by the other source nations, it may be the case that Australia is being shunned a little.

Perhaps the political tensions between China and Australia are hindering our recent meat export flows.

However, the very tight supply and high domestic Australian prices (particularly for cattle), and the appreciating Australian dollar could also be playing a part in reducing our current competitiveness into China.

Australian meat product has a good reputation in China for quality, reliability and traceability, thanks to the tireless work of representative bodies, such as Meat and Livestock Australia, in their promotion of our red meat sector.

We hold a clean, green image that is popular among wealthier Chinese consumers.

Given the gap in Chinese meat protein supply, there is a good opportunity to continue to build our profile in the Chinese market, although it would be handy if we could smooth over the political tensions as soon as possible so we don’t lose ground to our competitors.

And while I’m making requests, please keep ASF out of Australia (it is only just across the water in Papua New Guinea).

We don’t need to be battling two viruses.