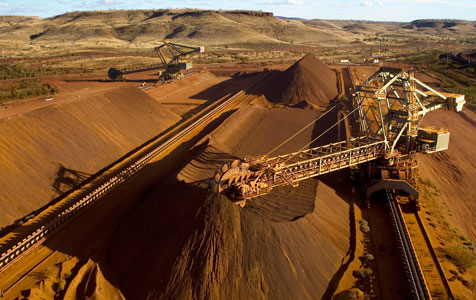 While this might seem to have nothing to do with Western Australia right now, the possibility of tougher Chinese ‘quality’ rules spreading to other raw materials, such as iron ore, certainly would.

Fortescue Metals Group, for example, has denied that it is struggling to offload some of its lower-quality iron ore in China in what has been reported as a standoff over price and an over-supplied market.

However older readers will remember that one of the first moves by an Asian customer in any dispute is to make deliveries harder for a supplier – a trick that goes back to a time when Japan declined to take shipments of Queensland sugar.

No-one is suggesting (yet) that China is tightening its rules on the quality of iron ore imports; but it doesn’t require too much imagination to see what’s just happened with coal, and what might (or might not) have happened with FMG, to see a pattern forming.

That pattern has its roots in a maturing China, which is moving up the quality trail in everything it does – just as Japan did in the 1960s, and South Korea a decade later.

Today, a developing China is not just exporting cheap plastic toys and tools that break when first used. It is a country exporting reasonable quality cars, high-quality computer software and which is about to launch the world’s biggest stock market offering with the float of the e-commerce company, Alibaba.

What’s happening with Chinese exports is starting to happen with Chinese imports, a result of the country growing rich; and because its government (egged on by a frustrated population) has recognised that it’s time for a countrywide environmental clean-up.

Coal is first cab off the clean-up rank, and while the details are sketchy it seems that Australian exporters will emerge winners from the new rules, not losers as some green-tinted activists have claimed.

The reason for optimism in the coal sector is that investment banks such as Citi and Morgan Stanley have looked at the new Chinese coal rules and have told clients that there is ‘no, to low’ impact on exports, with higher-quality miners likely to emerge as winners.

Iron ore, while not in the same league as coal when it comes to pollution, is a source of some very nasty gases and poisonous substances such as dioxin, which is released during iron ore sintering, a cooking stage that occurs before the iron ore is tipped into a blast furnace.

As a general rule, the higher the quality of iron ore that goes into the steel-making process the less pollution it produces; and while sintering is on the Chinese clean-up list, the rules have not yet been tightened to the point where they hurt Australian iron ore exporters.

For WA’s iron ore industry there is a lesson to be learned from what’s happening to coal, with the most important lesson being that big change in the rules in any industry invariably produces winners and losers.

With iron ore, the losers from a Chinese crackdown will be producers of low-quality ore high in impurities of a type that form dangerous emissions at the sintering stage.

Iron ore buyers are already showing what they want by creating a 15 per cent price discount between high-grade (62 per cent iron ore) and lower-grade (58 per cent ore).

That quality gap is likely to grow wider as steel mills demand better quality material, either because it makes financial sense in their processes or because the Chinese government will demand it.

The flipside of the attack on low-grade iron ore is that producers of the highest quality material should emerge as winners – exactly as is happening with coal.

Today, the high-quality winners are the big boys of iron ore, Rio Tinto and BHP Billiton, with a few minnows tagging along, including Mount Gibson Iron.

But tomorrow the winners could be the companies producing very high-quality blast furnace feedstock from low-grade magnetite ore, which is part-processed in Australia, with most of the potential pollutants left in Australia.

In effect, using processed magnetite ore means China effectively exports its pollution – or leaves it in the country of origin (to be more precise).

Gindalbie Metals is one of the losers that might finally have reason to celebrate in the future – not that you would know it by the latest fall in the stock’s share price to a 10-year low of 4.2 cents.

Sino Iron, the business that has drawn Clive Palmer and the project’s Chinese owners into a whirlwind of legal disputes, might also find favour with steel mills in the future.

So far there are no signs that China is about to crack down on iron ore quality, but this week’s attack on low-quality coal was a pointer to the potential for future iron ore action.