Traditional supply chains are under threat as China seeks greater control over its raw materials supply. 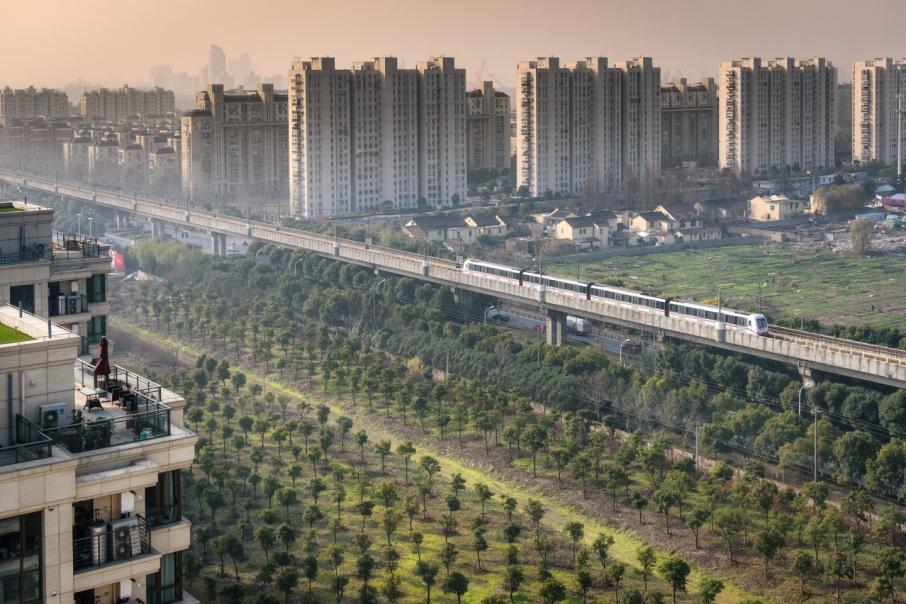 China’s threat to the Western Australian economy has moved into sharper focus as details of its plans to source iron ore from new mines in Africa leak out, sounding a warning about the ‘Balkanisation’ of the trade in minerals and energy.

The immediate issue for Mr Friedland is competition for ‘new energy’ minerals such as lithium, cobalt, copper and nickel caused by the migration away from oil to renewable energy and electricity storage.

Competition for supply could result in direct country-to-country trade, with an example being China securing most of the cobalt mined in the Democratic Republic of Congo, creating a shortage in the rest of the world.

In effect, a century of developing integrated supply chains of essential raw materials risks being fractured, leading to a fight for supplies, or what Mr Friedland calls the Balkanisation effect (taken from the fallout when Yugoslavia broke into separate countries).

Iron ore is not a commodity in short supply, but the best deposits are not located where most iron ore is consumed in the production of steel.

The Chinese industrial revolution has been the catalyst for development of the world’s biggest iron ore mines in WA and Brazil.

Healthy as the business relationship might be between customer and consumer, it has been poisoned by politics and bitter differences over human rights, which will drive China to source more of its raw materials from compliant countries, especially in Africa.

However, unknown until now is the target China has for African iron ore supplies, with a senior Chinese official telling an investment bank the aim is to source more than 200 million tonnes a year of iron from outside Australia and Brazil.

Because China’s relationship with Brazil is not as rocky as it is with Australia, it is likely that the biggest proportion of that 200mt, mainly from mines in Africa, will replace WA material.

To put 200mt into perspective, WA iron ore exports last year totalled 880mt, most of it destined for China.

Assuming half of China’s 200mt a year target for mainly Africa-sourced ore comes from WA’s share of the Chinese market, then the state’s annual shipment rate could fall by 100mt, and perhaps a lot further.

It is perhaps a meaningless exercise because the price of iron ore fluctuates daily, but the loss of 100mt a year at the current price for high-grade ore of $US175/t represents a potential $US17.5 billion hole in the revenue of the state’s miners, and a correspondingly big hole in the WA government’s royalty income.

The exact impact of China shifting a portion of its iron ore requirement away from WA is impossible to calculate, but there is no doubt that it is determined to proceed.

The highly placed Chinese official said he expected Simandou to be in production by 2025, adding that the target was to have more than 200mt of iron ore supply outside Australia and Brazil.

From a Chinese perspective, reducing reliance on just two major iron ore suppliers makes sense, but creating a third source of the material will put it in a position to create the pricing tension currently missing in iron ore.

China’s preference for dealing with countries that do not question it on environmental, social and governance (ESG) issues will also play into Mr Friedland’s argument that direct country-to-country deals over essential raw materials will have a Balkanising effect on trade.

According to Mr Friedland, the dismantling of international trading arrangements will lead to increased competition for critical materials.

“We spent most of the past 100 years fighting wars for oil,” he said.

“Now we see the Balkanisation of the world economy with China focused on energy security, industrial transformation, electrification and improvement of its people.

“There is fear in Europe and the US that they have to secure their top-to-bottom supply chains, which leaves Japan, South Korea, Indonesia and Brazil worrying about their supply chains.

“This Balkanisation of what was a perfectly integrated world economy in the last 10 years is inherently inflationary. Each country is nervous and suddenly looking to where it fits in with all these tensions that have been generated.”

For WA, the shift in China’s focus to greater interest in Africa and the breakdown of established trading relationships makes it more important than ever to secure new markets for its export of minerals and energy.

Losing even a small portion of the China trade to rival suppliers in Africa would be very expensive for the state, which is why WA has to play China’s game and diversify its customer base as quickly as possible.

There is a flipside to the changes in global trade that prompted Mr Friedland’s Balkanisation warning, including the appeal of doing business in a country with a strong rule of law and a welcome mat for most international investors.

Australia, according to Evolution Mining chairman Jake Klein, is at the top of his investment list alongside Canada. Africa is a non-starter for Mr Klein, largely because of the rising tide of Chinese influence.

Speaking at a conference organised by VanEck, one of the world’s biggest gold-focused investment funds, Mr Klein said the rising level of sovereign risk in Africa was moving lockstep with growing Chinese influence.

Several recent examples of sovereign risk, in which an investor can lose title to an asset at the whim of government or one of its officials, include Sundance Resources being stripped of a long-standing iron ore tenement in Congo and the reported reallocation of the asset to Chinese investors.

Perth-based Resolute Mining had a similar experience with a gold asset in Ghana, though with a twist. Shortly after losing title to the Bibiani mine, it was returned to Resolute after an international outcry.

Mr Klein told the VanEck conference he saw geopolitical risk rising in developing countries, which meant Evolution would stick to investment destinations such as Canada and Australia where the rule of law could be relied on.

“I do see this going back to the China influence. China is looking for new areas and places and destinations for raw material supply, so it now owns about 20 per cent of all debt in Africa,” Mr Klein said.

“Africa is clearly a place that China wants to be and feels it can own commodity assets in a way it can’t own those assets in places like Australia and Canada.”