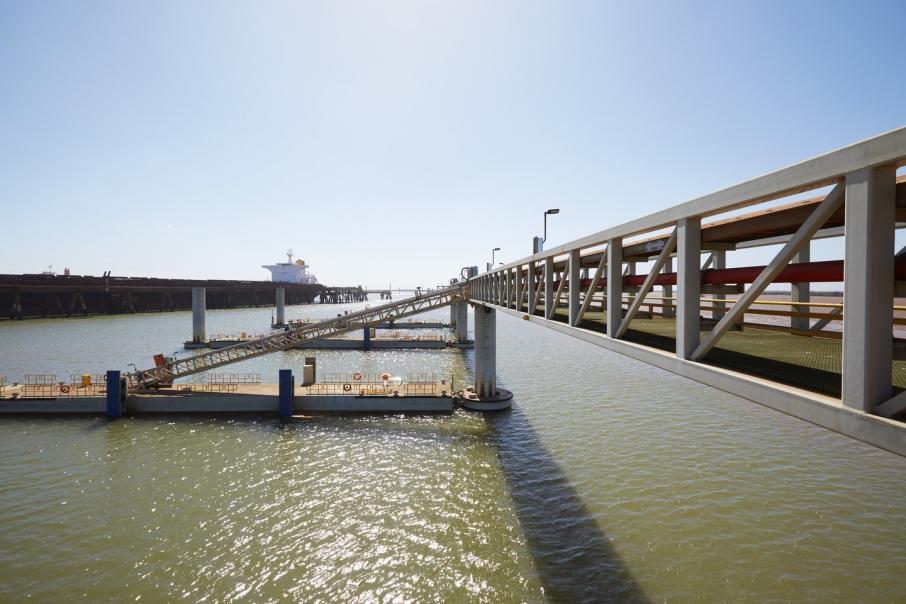 That was up 9 per cent on the previous year, according to a research note by UBS.

UBS added that export demand (for Chinese steel) was continuing to normalise, while iron ore port stocks have edged lower.

The customs data coincided with China’s official national accounts data, showing its economy grew by 2.3 per cent in 2020; its weakest rate of growth since the end of the Cultural Revolution in 1976.

“It is worth noting that industrial production has grown more rapidly than its pre-COVID-19 rates in recent months,” Mr Burg added.

The growth in iron ore imports has been great news for miners in Western Australia, which is by far the biggest supplier to China.

The big miners are scheduled to release their December quarter production and sales figures this month.

UBS has estimated Rio Tinto’s annual sales from its WA mines will be 330mt, ahead of BHP at 289mt and Fortescue Metals Group at 180mt.

The big miners will be keen to maximise shipments, as the benchmark iron ore price has continued to hold around $US170 per tonne.

While the high iron ore price is great news in the short term, it has prompted China to seek alternative supply options.

This includes boosting domestic production and investing in new mines such as giant projects earmarked for Guinea in Africa.

These will take at least several years to come to fruition.

In the meantime, the strength in the iron ore market has resulted in several WA companies dusting off small mining projects.

GWR Group announced today that its first shipment of iron ore was scheduled to leave the port of Geraldton later this month.

GWR has an estimated mineral resource of 21.6mt at its Wiluna West project.

Fenix Resources also expects to make its first shipment this month, or early next month, through Geraldton at an annual rate of 1.25mt.

That follows the start of mining last month at its Iron Ridge project.