China faces an ongoing inability to translate unrivalled financial clout into a dominant relationship with its key Australian suppliers. 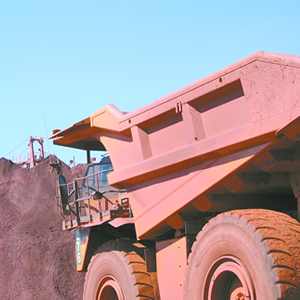 "IF you have been aggressive, you can experience revenge in the future."

Such was the warning given by China Iron & Steel Association deputy vice-president Chen Xianwen to an Australian reporter in Beijing in April last year.

Mr Chen was seething that Rio Tinto was allegedly diverting ore from contracted deliveries onto China's then-booming spot market, at the same time as the major ore suppliers were haggling to secure their sixth consecutive big increase in iron ore prices.

Not that Mr Chen's words had much effect; Rio and BHP subsequently secured a near 90 per cent increase in the price of iron ore fines for the year, just months before world financial and commodity markets started to spiral out of control.

So it was with a sense of righteousness that China's steel mills expected 2009 to be the year that they got their own back on the big Australian iron ore miners.

Not only that, but the collapse of global debt markets had put an even bigger prize within reach - an influential major shareholding in Rio Tinto, and direct interests in its very best iron ore operations.

Fast-forward six months and it has all gone horribly wrong for Mr Chen and his fellow mandarins.

Firstly, Chinalco's $19 billion bailout of a debt-laden Rio was iced while Canberra reviewed whether the deal would give China too much sway over one of Australia's most important export earners.

In the meantime, however, ironically in large part due to the impact of Beijing's own domestic stimulus initiatives, world markets began to rebound.

Rio promptly dumped its already unpopular Chinalco deal in favour of a conventional shareholder-funded debt bailout. Rio and BHP then rubbed salt into the wound by announcing a joint venture of their Pilbara iron ore operations.

Shortly afterwards, Rio and BHP secured a far smaller than expected 33 per cent cut in iron ore prices from Japanese buyers, which China will almost inevitably have to accept.

Coming after the Western Australian government also favoured a Japanese-backed consortium to develop the Oakajee port and rail project over China's own proponent, it is easy to see why China feels it has been dealt an unfair hand in Australia in recent times.

Of course, that ignores the fact that the invisible hand of the market, amid the robust application of government review procedures expected by a nervous electorate, has been the overriding factor in most outcomes.

Nonetheless, the importance of maintaining 'face' cannot be understated in all commercial dealings with Chinese companies, and is central to China's firm belief in mutual benefit and obligation.

All of which it makes it completely implausible to accept Beijing's assertion that the arrest of Stern Hu is unrelated to recent events, especially given the robust denial of any wrongdoing by Rio Tinto Iron Ore chief Sam Walsh last week.

After all, China has been consistently warning it would retaliate for years.

In February 2005 - long before Mr Chen uttered his threat - China's then ambassador to Australia, Madame Fu Ying, was in Perth to address local farmers just after China was stunned by the scale of the 71.5 per cent hike in iron ore prices secured by Rio, BHP and Brazil's Vale that year.

In her address, Mme Fu Ying made no bones about China's long memory and asked miners to consider how much they valued their long-term relationship with China over short-term gain.

"WA is a big supplier to China and we depend on this state a lot, but ... when we are forced to continually pay price rises such as these for raw materials, there is no doubt we will also review the long-term position on our ongoing progress and development," she said.

Since then, a year hasn't gone by without a similar warning from China's steel makers.

And who can forget the 'ore war' during price negotiations in March 2006, when Mme Fu Ying was formally summoned to receive Canberra's complaints that Beijing's directive to restrict the import of ore priced above a set level was specifically aimed at pressuring Australian suppliers?

While China officially rejected the assertion, it quickly eased ore import licence restrictions that had left many Australian shipments stranded.

So against that backdrop, unless Beijing offers actual hard evidence that Mr Hu and his colleagues did anything other than follow standard business practice in dealing with Rio's Chinese iron ore customers, the world will remain sceptical that this is anything more than payback.

China is undoubtedly crucial to the long-term health of Australia, and especially WA. Obviously it is in the interests of both nations to encourage Chinese investment in the development of new projects in the same way that Japanese investment was encouraged in the 1960s and 1970s.

Australia must clearly make its investment and approvals review processes more open and transparent to avoid accusations of unfair discrimination against Chinese investment.

But China must also recognise that overtly flexing its financial, political and judicial clout to pursue its objectives at a time of global upheaval will only heighten suspicion and resentment.

And that will do nothing but throw up more obstacles to Chinese investment - to everybody's detriment.