China comes back to the field

China won’t be able to sustain the economic growth rates of the past decade despite some positive signs emerging from our largest trading partner, economist Saul Eslake told a WA Mining Club lunch in Perth last week. 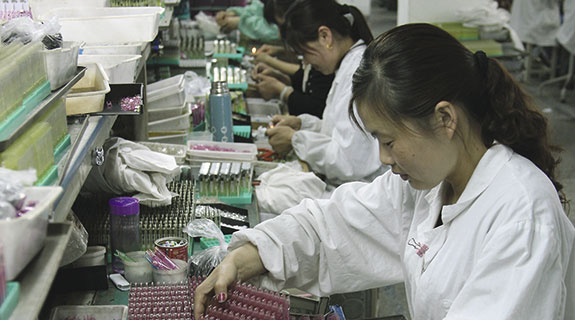 China won’t be able to sustain the economic growth rates of the past decade despite some positive signs emerging from our largest trading partner, economist Saul Eslake told a WA Mining Club lunch in Perth last week.

After achieving decades of enormous, consistent growth, the Asian giant will gradually return to the rates commonly seen in the West, driven by demographic and structural factors, including the ageing of the population.

“The message I think is that China’s economy is unequivocally slowing,” Mr Eslake said.

“The days of 10 per cent per annum growth that they experienced between 1979 and the onset of the financial crisis are now receding into history.”

He said it was commonly said in China that the new normal would be about 7 per cent, at least in the medium term.

“Some of the major drivers of China’s economy over recent years are now slowing down,” he said, although he noted that they were not turning negative.

“That doesn’t mean there’s a strong upturn under way.

“A reasonable rule of thumb to have in mind is that, for a combination of structural and demographic reasons, China’s sustainable rate of growth will drop about 1 percentage point per annum every three to five years.

The effect of that growth is still enormous, nonetheless, with China’s GDP approaching $US10 trillion.

“China is no longer a cheap labour country.

“Wages have been steadily rising and it’s the policy of Chinese government to keep them rising.”

That will mean opportunities for other developing nations, however, including India and those in the Association of South East Asian Nations bloc.

As such countries industrialise, infrastructure spending will be sure to accelerate, bringing with it demand for steel (and potentially Australian iron ore).

India could also provide a new market for the Australian bulk commodity, with a trillion dollar infrastructure investment program planned under the leadership of Prime Minister Narendra Modi.

That will likely mean that a free trade agreement with the nation will continue to be a priority for the current federal government.