Australia’s free trade agreement with China is likely to deliver significant benefits to agricultural exporters but the gains will be mainly indirect and apparent over the longer term, a report by Rabobank has concluded. 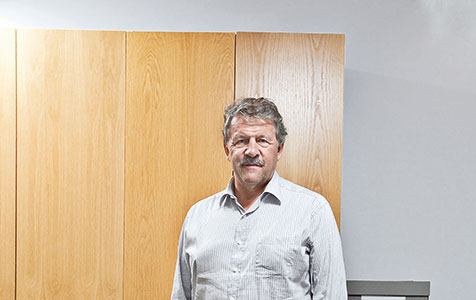 Australia’s free trade agreement with China is likely to deliver significant benefits to agricultural exporters but the gains will be mainly indirect and apparent over the longer term, a report by Rabobank has concluded.

The specialist agribusiness bank has downplayed some of the optimism flowing from last month’s signing of the FTA, saying it would not be a game-changer.

It noted that Chinese demand for agricultural products had grown significantly in recent years in the absence of an FTA.

China is Australia’s largest export market for wool, cotton, mutton and dairy, the second largest for lamb, the third largest for beef and fourth largest for wine (on a volume basis).

Rabobank said the initial winners from the FTA would be Chinese consumers, who would benefit from lower prices as import tariffs were removed.

“Benefits are also likely to be captured at the strongest points along the supply chain, where concentration and market power allow price maker advantage,” the report said.

“This will become increasingly important in stimulating demand in this nascent market, which then has the potential to feed into higher global prices,” it said.

“The question then becomes one of the propensity of Chinese consumers to keep purchasing more, and the capacity of Australian producers to produce more to meet this demand.”

Rabobank said supply constraints would be a particular challenge in the dairy sector.

Chinese demand for dairy produce is tipped to grow by 3.5 per cent per year, presenting a big opportunity, whereas Australian liquid milk production has been decreasing for the past 12 years and flat for the past five years.

Milne Agrigroup owner Graham Laitt, who established a joint venture with Gina Rinehart’s Hancock Prospecting this year targeting beef exports to Asia, said there had been opportunities for the industry in China well before the FTA.

“The reality is that the Chinese herd is declining,” he said.

“There are other suppliers, but there are also lots of other markets.”

“It says they are open to trade, and that encourages relationships to develop; we shouldn’t underestimate how important that is,” he said.

Mr Laitt said the biggest barriers to trade were often institutional, around issues such as quarantine clearances and government approvals.

He noted, for instance, that Harvey Beef is the only abattoir in WA licensed to export to China.

Mr Laitt’s joint venture involved the sale of a 50 per cent interest in the Liveringa and Nerrima cattle stations in the Kimberley, for $40 million.

The Liveringa Station Beef joint venture has also acquired a mothballed abattoir at Waroona south of Perth, which will reopen after its beef herd has increased in size.

Another significant development this year was the signing of a joint venture between Bunbury meat processor V&V Walsh and Chinese importer Grand Farm.

Under the agreement, valued at $1 billion, the Walsh business, owned by brothers Greg and Peter Walsh, could process an extra 500,000 lambs and 30,000 cattle a year.

"Australia has some of the finest agricultural products in the world and we need to position ourselves to meet the demands of our region," Mrs Rinehart said in a statement after signing the Hope Dairies agreement.