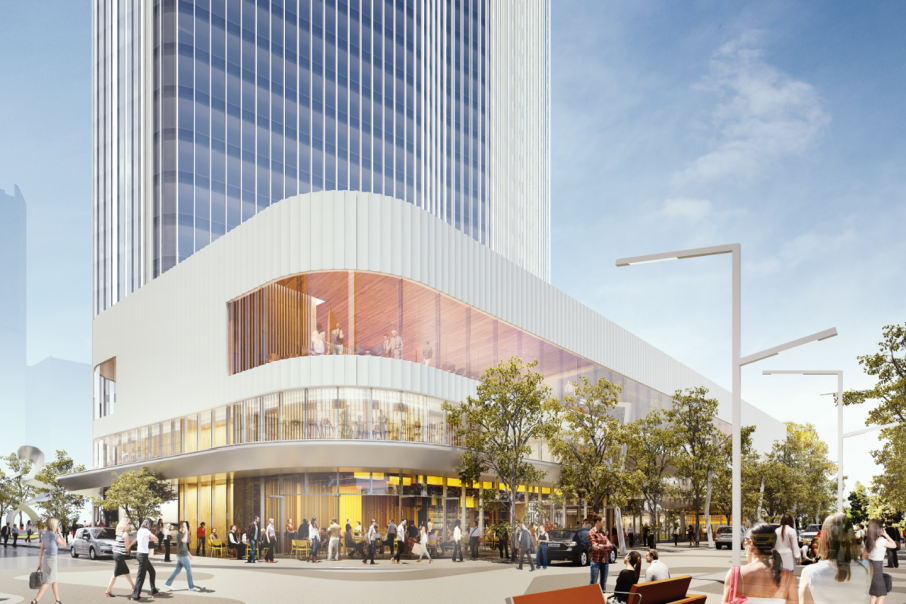 Chevron Australia has given the green light to a purpose-built tower at Elizabeth Quay, lodging a development application for a 30-level building for lot seven of the precinct.

It will include exhibition spaces, conference facilities, retail tenancies, childcare and gymnasium and extensive end-of-trip facilities.

Chevron appointed Brookfield Property Partners as preferred developer of the project in June this year. Brookfield controls lots five and six at Elizabeth Quay and said the Chevron building would complement its plans for a mixed use development on those sites.

It is expected that Brookfield will lodge its own development application for lots five and six by the end of the year.

Brookfield confirmed the Chevron build, to be undertaken by Brookfield's construction arm, Multiplex, would require about 1,000 on-site jobs.

“Brookfield and Multiplex actively promote and support the use of local content including materials, equipment and services that practicably allow maximum local industry involvement, where commercially and technically viable to do so,” the developer said in a statement to Business News.

At the recently completed Optus Stadium, Brookfield awarded 80 per cent of all contracts on the project to Western Australian companies, and only 1 per cent of contracts to international groups where the products or services could not be procured within Australia.

Chevron’s development application comes after the energy giant was granted two extensions to lodge its plans for the site, which it purchased for $64 million in 2013.

Planning minister Rita Saffioti said the development application was welcome news and would allow the state government to move forward with activating the wider precinct.

“The construction of more office buildings is a sign that business confidence is improving in WA,” she said.

Chevron’s application is open for public comment until 24 October.