Chevron will proceed with the $US4 billion Jansz-Io subsea compression project to supply the Gorgon facility, while Woodside recently secured JDAP approval for Pluto Train 2. 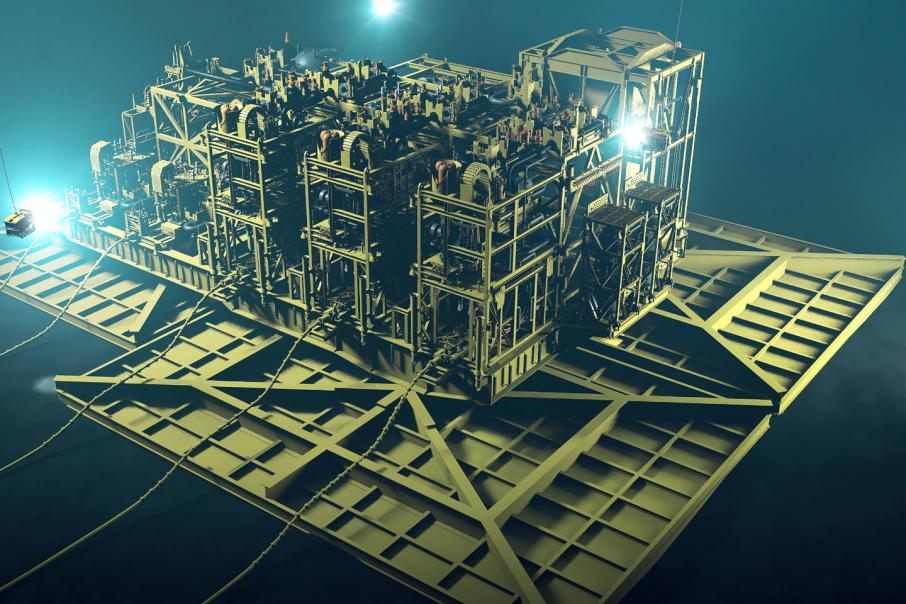 An artist rendition of the subsea compression equipment. Photo: Chevron

Chevron will proceed with the $US4 billion ($6 billion) Jansz-Io subsea compression project to supply the Gorgon facility, while Woodside recently secured JDAP approval for Pluto Train 2.

Both are intending to supply gas to the Gorgon LNG trains on Barrow Island, with Gorgon stage two, including 11 new wells and Jansz-Io compression intending to unlock low pressure reserves from the Jansz-Io reservoir.

Construction and installation of the compression project will take five years.

Aker Solutions had been named in March 2019 for front-end engineering and design work, with today’s decision almost 27 months later.

At that time, it was planned to use subsea compression technology for the first time outside of Norway.

“With more than 350 jobs during construction, a further 20 ongoing operational roles being supported by the project, and the long-term future of up to 700 full-time Gorgon roles set to be secured because of it; this investment decision will have very positive employment outcomes for WA,” he said.

“This will maintain an important source of clean-burning natural gas to customers that will enable energy transitions in countries across the Asia Pacific region.”

It is not the first gas development to be sanctioned this year.

Santos approved the Barossa brownfields project to supply Darwin LNG in March, while flagging this week it would soon issue front end engineering and design contracts for Dorado.

Woodside Petroleum is hoping to approve the Scarborough LNG and Pluto Train 2 joint development before the year is over.

That recieved a big boost in late May, when the company secured approval from the Regional Joint Development Assessment Panel.

The documents showed Woodside planned to spend $7.8 billion on the second Pluto processing train, which will be fed by gas from the Scarborough offshore development.

The approval was for a 5.3 million tonne per annum LNG train and a 225 terajoule per day domestic gas plant.