Chevron may have fired the starter's pistol on a major ownership reshuffle of the North West Shelf Venture, after it announced it would put its 16.7 per cent stake in the operation, which includes a 16.9 million tonnes per year LNG facility near Karratha, on the market. 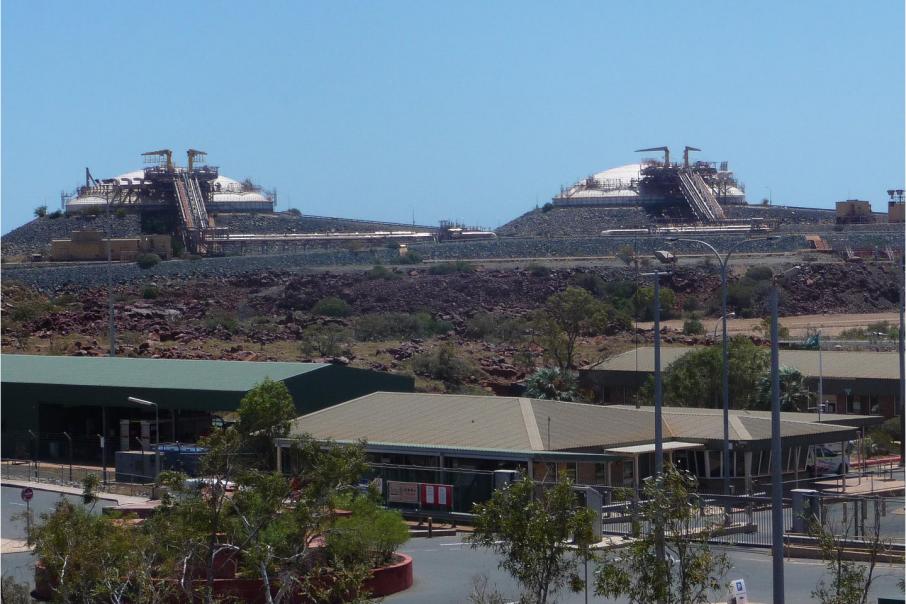 Chevron may have fired the starter's pistol on a major ownership reshuffle of the North West Shelf Venture, after it announced it would put its 16.7 per cent stake in the operation, which includes a 16.9 million tonnes per year LNG facility near Karratha, on the market.

The US-based energy giant said it had received unsolicited approaches about selling its stake, but Business News understands Chevron would only proceed if it could secure the right deal.

To give an idea of the size of a potential deal, Woodside Petroleum owns a similar slice of the venture and reported $US1.4 billion of revenue from it in 2019.

The move comes amid protracted negotiations between the six North West Shelf Venture partners and the five Browse partners over the potential to process gas from the Browse field in Karratha.

A final investment decision on Browse was delayed earlier this year, with Woodside citing one reason as commerical negotiations being incomplete.

But PetroChina International Investment holds a 10.7 per cent slice of Browse and has no equity in NWSV.

Chevron and BHP both hold 16.7 per cent equity in NWSV, but have no share of Browse.

That has contributed to an ongoing impasse between the parties about potential tolling arrangements for Browse gas.

“Chevron Australia has made the decision to market its non-operated one-sixth interest in the North West Shelf project, following a number of unsolicited approaches from a range of credible buyers,” a Chevron spokesperson said today.

“Chevron has been an active participant in the NWS project since its foundation more than 30 years ago and we’re proud of its track record as a safe, competitive and reliable supplier of domestic gas and LNG.

“The NWS project is shifting its focus towards becoming a globally competitive third-party tolling facility, and this is the appropriate time for Chevron to consider fair value proposals from potential buyers for its interest.

“During the marketing period, Chevron will continue to support the joint venture in the safe operation of the NWS project’s strong base business and work towards the establishment of the NWS Project as a competitive and profitable tolling facility.

“We value our relationships with the NWS project participants, with whom we have shared interests in Australia and internationally.

“The NWS project forms part of the foundation on which Chevron built its world-class Gorgon and Wheatstone projects in Western Australia.

“Australia remains a focus for Chevron and, with Gorgon and Wheatstone safely operating, Chevron will continue to be a leading operator and supplier of reliable, affordable and ever-cleaner energy to WA customers and the growing Asian market.”

While it was not yet clear who the interested parties are, Business News reported in 2017 there had been speculation PetroChina would seek to up its stake in NWSV to help get the Browse tieback over the line.

But that report did not list Chevron as a potential seller, with other parties, such as Shell and BP, listed.

That indicates there may be appetite among other owners to reduce their stakes.

BP has already announced a $US17.5 billion global writedown because of pressure from the COVID-19 pandemic.

Woodside could be well placed to make a move.

At the end of 2019, the company had liquidity of nearly $7 billion, according to its annual report.

Meanwhile, its plans to build the Scarborough and Browse projects have faced hurdles as the oil price has dropped during the COVID-19 pandemic.

"We see the NWS facility coming off full production this year, and going forward it will need third-party gas to keep the plant full," he said.

"For the NWS JV partners, this means an increasing proportion of tolling revenue will be generated, unless each party can monetise its own gas molecules through the facility.

"Chevron unsuccessfully tried to monetise the Clio/Acme asset via the NWS last year, and is unlikely to be able to monetise any of its gas through the facility in the near term.

"We see this as part of the reason why its stake in the NWS is up for sale.

"In terms of buyers, there are a few likely suitors, but of the existing participants we see Woodside as the most likely buyer.

"It is well-positioned financially and has announced it is ready and looking for M&A opportunities in Australia.

""We still see Australia as a strategically important part of Chevron's portfolio – it is in fact one of its most important countries in terms of remaining upstream value.

"Chevron will continue to focus on squeezing maximum value from its large LNG projects, Gorgon and Wheatstone, without the distractions of the NWS."