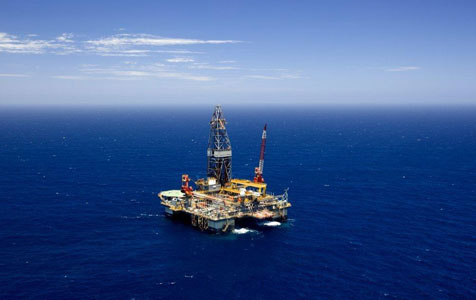 Chevron is one of five petroleum companies to have been awarded new exploration permits in the federal government's latest round of offshore acreage release.

Chevron secured two new permits, both located in the Great Australian Bight off South Australia and has committed to spending $486 million to develop the two blocks.

The oil and gas giant has proposed a guaranteed work program of $249 million at one permit, located around 300 kilometres south-west of Ceduna.

Chevron also beat out three other bidders to secure a second permit 200km west of Ceduna, with a guaranteed $237 million spend including two exploration wells.

"We are extremely pleased to be awarded the S12-2 and S12-3 offshore blocks located in the Bight Basin," Chevron Australia managing director Roy Krzywosinski said.

"The Bight Basin is similar in size to the Gulf of Mexico and these two blocks contain significant exploration potential."

A joint venture between Murphy Australia Oil and Santos also won a permit in the Great Australian Bight, with a guaranteed spend of $50 million.

Shell Australia secured a permit around 360km north-west of Exmouth, with a guaranteed spend of $19.2 million.

A joint venture between Woodside Energy and Mitsui was meanwhile awarded a permit around 350km north-west of Broome, with $24.2 million in guaranteed work.

The five new exploration permits will deliver $580 million in investment over the next three years.

The flow-on benefits of these permits, including proposed secondary work, are expected to see up to a total of $730 million in exploration investment over the next six years.