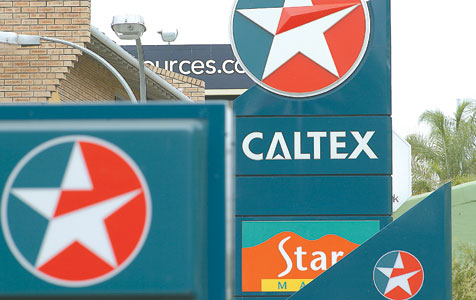 US energy giant Chevron is narrowing its Australian focus onto its Gorgon and Wheatstone gas projects, by selling its $5 billion stake in Caltex Australia and exiting an onshore gas project where it had partnered with Beach Petroleum and Icon Energy.

Chevron expects its shares in oil refiner and distributor Caltex will be sold to a range of Australian and global institutional investors.

Executive vice president of downstream and chemicals Michael Wirth said the Caltex sale came as part of a regular review of its portfolio and commitment to generate cash to support its long term priorities.

The massive sale, reportedly at a slight discount to its market value, will not alter Chevron's focus on moving Western Australia's $US54 billion Gorgon project and the $30 billion Wheatstone project towards start-up, the company said.

"Asia Pacific is a core strategic focus for Chevron's downstream business and we remain focused on ensuring our operations, portfolio and investments are well positioned to meet the region's growing demand for energy," president of international products, downstream and chemicals Mark Nelson said.

Caltex had a market value of $10.1 billion on Friday, and recently reported a 48 per cent increase in underlying annual profit to $493 million.

It has been reducing its fuel refinery operations, and staff numbers, and looking to grow its distribution and marketing businesses.

Chevron's announcement came after the close of Friday's session on share market, in which Caltex shares gained 36 cents, or one per cent, to $37.88.

Meanwhile, Beach Petroleum and Icon Energy announced late today that Chevron has withdawn from the Nappameri gas project in the onshore Cooper Basin.

The Beach statement said that Chevron's exploration is being high-graded and significantly reduced in response to market conditions - notably the collapse in oil pices.

Chevron's equity interests in the project - ranging fom 18 per cent to 30 per cent per field - will return to Beach for nil consideration.

Beach and Icon said they will review the stage 1 exploration results before determining their plans.