Chevron managing director of Australasia Nigel Hearne has confirmed a fourth LNG train at the Gorgon project won’t be happening in the near term, while calling on governments not to buckle to calls for higher taxes and increased regulation that will reduce competitiveness of the industry. 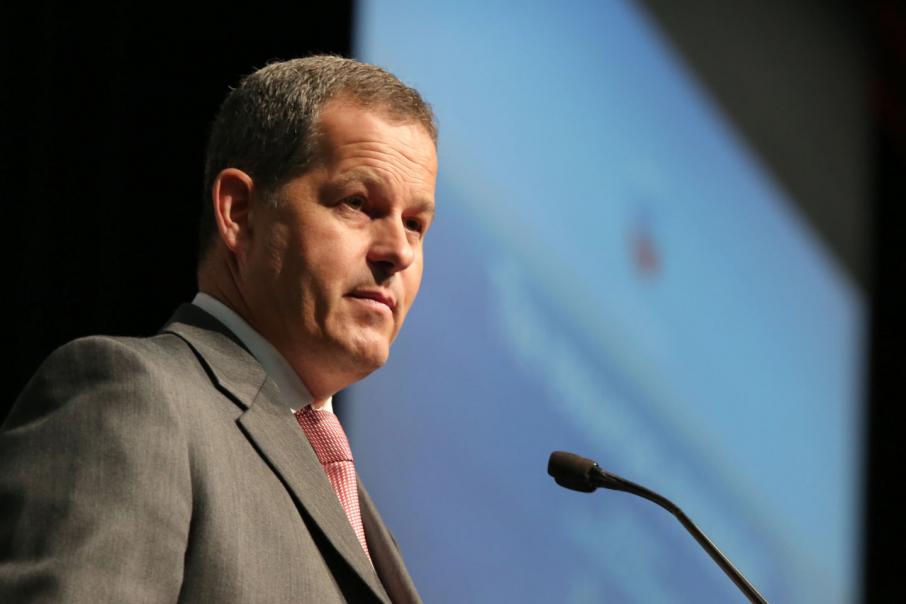 Chevron managing director of Australasia, Nigel Hearne, has confirmed a fourth LNG train at the Gorgon project won’t be happening in the near term, while calling on governments not to buckle to calls for higher taxes and increased regulation, which he says will reduce competitiveness of the industry.

Speaking at a Committee for Economic Development of Australia breakfast today, Mr Hearne said the trend was away from mega projects that required huge capital investments to shorter-term asset classes.

“I can’t see, in the near term, us investing in a fourth train at Gorgon or a third train at Wheatstone,” Mr Hearne said.

“We’re here to generate a return, I have to pay a dividend back for the money I’ve already spent.

“I need to start throwing some cash off and pay back the investment.”

He said although the market would require growing LNG demand, the question would be if Western Australia could find a way to be competitive and reduce costs.

One recent move to highlight the importance of being globally competitive was Japan’s receipt of its first shipment of LNG from the US, Mr Hearne said.

But there were a range of current public policy issues that represented problems for the sector, he said, including local content rules, tax regimes and drilling bans.

“Unless the industry and governments bring the community along, we won’t reach our potential,” Mr Hearne said.

“Community activism and political intervention has led to onshore drilling bans and moratoriums in New South Wales and Victoria.

“All this comes at a time when domestic gas production is in decline.”

In the case of the US, which underwent a revolution in shale gas in the past decade, moving from being an energy importer to being an energy exporter, costs had been roughly halved.

Property owners had gained through earning royalty revenue from onshore projects, and the regulatory system was conducive to investment, he said.

“There’s no reason why this can’t be replicated on Australian soil,” Mr Hearne said.

It would be up to industry to tell the story of the benefits from investment, however.

“For Australia to be competitive at attracting future constrained capital, it needs to offer a globally competitive fiscal regime,” Mr Hearne said.

“Take for example, the Australian company tax rate being high by global standards at a time when other jurisdictions including the US and UK are proposing tax cuts.”

He cited the Petroleum Resources Rent Tax review, announced by the federal government in November, as another example.

That came after the Commonwealth auditor general suggested many of the deductions applied by energy producers when calculating their tax liability were incorrect.

Speaking at the time, Treasurer Scott Morrison said the review would be focused on ensuring companies paid the right amount of tax, as he didn’t want to put investment at risk.