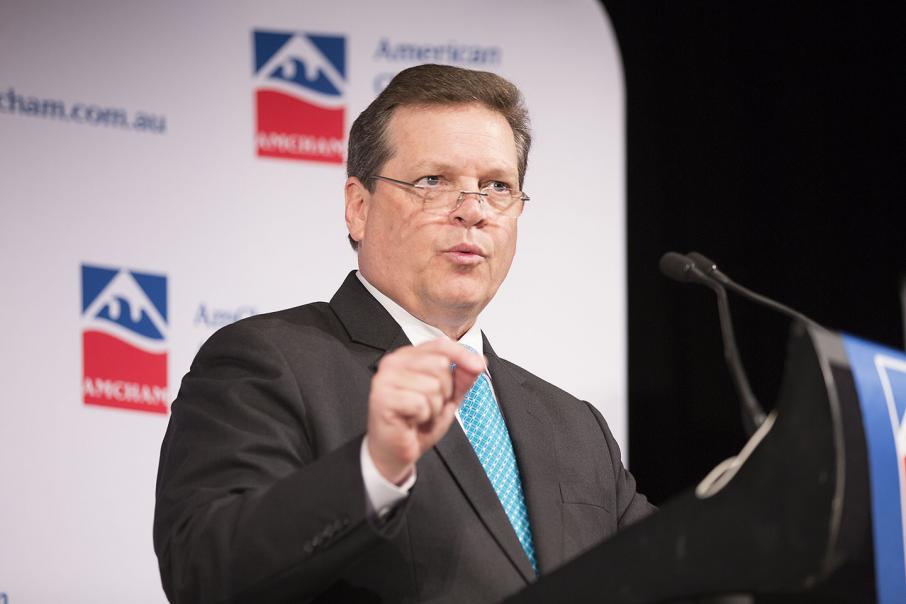 Speaking at a business lunch in Perth today, Roy Krzywosinski reflected on his eight-and-a-half years in Perth, overseeing development of the giant Gorgon and Wheatstone LNG projects.

Mr Krzywosinski said he was often asked by customers and suppliers about the uncertainty posed by the current industrial relations framework.

He told the American Chamber of Commerce in Australia lunch the industry needed pre-negotiated greenfields agreements that covered the life of long-term LNG projects.

“The way the systems works now, you get a project over the line, that’s when the negotiations with the unions on enterprise bargaining agreements start,” Mr Krzywosinski said.

“If you do it after you take FID, you don’t get cost certainty.

“What we’re suggesting is that those EBAs get negotiated before you take FID.

“What we’re asking all stakeholders to do its just honour those agreements.”

“And the industry needs the Australian Building and Construction Commission reinstated to provide a balance perspective that reduces excessive disruption on work sites.”

On another topic, Mr Krzywosinski said companies in the sector needed to collaborate much more, right across the production spectrum.

He said the three recently-built LNG projects in Queensland were examples of where infrastructure could potentially have been developed in a more collaborative manner.

Mr Krzywosinski said there was also potential on the commercial side, noting that Wheatstone was the first LNG project where a third-party gas supplier has been invited to participate.

“Once you’ve committed to a project, you want to bring in as many molecules as you can, and take advantage of the economies of scale.”

When asked how Chevron plans to develop its extensive gas reserves off the Australian cost, Mr Krzywosinski said debottlenecking of recently installed infrastructure would be the first priority.

There is no reason to think we can’t get another another 5 or 10 per cent or even more out of that infrastructure,” he said.

“The second cab off the rank I think is going to be brownfields expansions.”

Mr Krzywosinski said new investments may be based on the gas reserves held by other companies.

He said customers would want smaller tranches of gas, of less than 5 million tonnes per annum, which could create opportunities.

Shell’s Prelude development, currently under construction, is Australia’s first FLNG project, and Woodside has been pursuing this concept for its Browse project.

While Mr Krzywosinski did not talk about talk about greenfields projects, he did say the industry would need to lift output to meet demand.

He cited Wood Mackenzie research that found global demand for LNG would grow by 130 per cent over the next 20 years.

That meant a project bigger than Gorgon, which has nameplate capacity of 15.6mtpa, would be needed every year.

Mr Krzywosinski reminded the audience that Gorgon and Wheatstone, which cost a combined $84 billion to develop, had so far created almost 17,000 direct jobs.

They have also bought $45 billion of goods and services from local businesses.

“In some cases, we supported local businesses because of the need to ensure they’ll be around to service these large LNG projects for the next 30 to 40 years,” Mr Krzywosinski said.