A Bentley biotech company led by Graham Melrose is planning a $5 million initial public offering, after six years of research on the development of synthetic antibiotics. 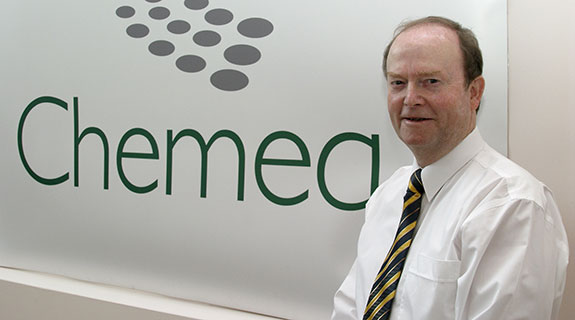 A Bentley biotech company led by Graham Melrose is planning a $5 million initial public offering, after six years of research on the development of synthetic antibiotics.

Recce is chaired by Dr Melrose, who is best known as the founder of biotech company Chemeq, which at its peak had a market cap of more than $500 million.

It collapsed in 2007 after a series of cost blowouts at its Rockingham manufacturing facility - which ended up costing $60 million - failure to hit sales targets and controversy over its market disclosure (see more below).

The Recce board includes two executive directors who are members of Dr Melrose's family – James Graham is a committee member of WA Angel Investors and has been closely involved in arranging funding for the company, and Michele Dilizia is a qualified medical scientist who has worked in public relations and marketing.

Its non-executive directors are Dongke Zhang, who designed and built Chemeq’s first pilot plant and is now professor in chemical engineering at the University of WA, and pharmaceutical executive Ian Brown.

Recce has signed up State One Equities as lead manager for the IPO.

The Recce deal is one of just a handful of IPOs – or front-door listings – to be announced this year, with most new listings occurring via a reverse takeover of one-time exploration companies.

The IPO proceeds will be used over two years on the development of a production ‘model’, and the pre-clinical regulatory requirements of Recce antibiotics designed for human use.

The company said its synthetic antibiotics broadly killed bacteria, including their superbug forms.

Manufacture of the company’s antibiotics is expected to be exceptionally economic in comparison to present-day antibiotics.

“This is the result of a completely new approach to targeting the massive world health problem of superbugs,” Dr Melrose said.

The commercial antibiotic market is estimated at $US40 billion. A new class of antibiotic for humans has not come onto the market for nearly 30 years.

Dr Melrose was a director of Chemeq when ASIC commenced proceedings in the Federal Court against Chemeq on December 22 2004.

Asic sought declarations and penalties against Chemeq for alleged contravention of continuous disclosure provisions of the Corporations Act by failing to disclose to the ASX information material to the price of its shares.

Following various discussions between Asic and Chemeq, the number of contraventions alleged was reduced to two.

No enforcement action was taken against Dr Melrose or any other directors of Chemeq in relation to these proceedings.

Federal Court orders were made on July 24 2006 against Chemeq in relation to these two contraventions.

Recce's website states states that Chemeq went into administation two years after Dr Melrose retired from all executive duties, and followed a dispute between the new management and its financiers.

"Dr Melrose had no executive part in the dispute; he did not recover any cash from his equity in Chemeq", the website states.

In the lead-up to its collapse, the company's financiers were led by investors Mizuho International and Stark Investments, which subscibed to $40 million in convertible notes.

This followed a low take-up by shareholders of previous capital raisings.