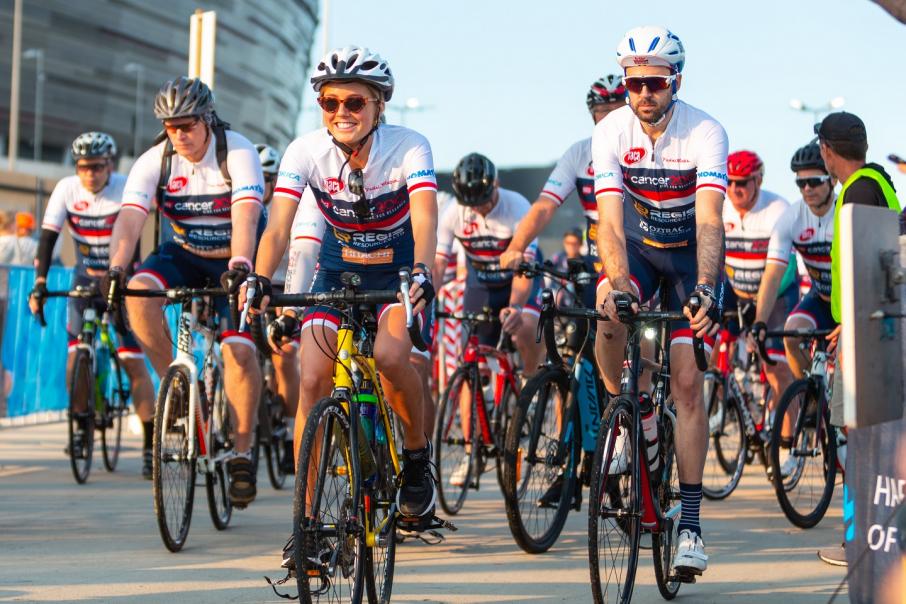 Nearly 1,000 cyclists rode 200km from Optus Stadium to Mandurah and back over two days to raise over $4.8 million for the Harry Perkins Institute of Medical Research.

The annual Telethon weekend has raised a record $42.6 million for the Channel 7 Telethon Trust.

The proceeds will be distributed to children’s hospitals, medical research facilities and community organisations in the state, with the main beneficiary being the Telethon Kids Institute.

Major companies, philanthropic foundations and the state and federal governments each donated millions to the cause.

BHP agreed to donate $4 million a year for the next five years to fund a research partnership with up to 1,000 Aboriginal families in Perth and the Pilbara to help understand the cultural and environmental policy settings that bring the best outcomes for children under five years old.

The state government's $3.5 million contribution included $2 million it has already earmarked for the WA Child Research Fund, which is co-funded by the Channel 7 Telethon Trust.

The federal government matched this $3.5 million, and has also contributed $1.3 million through the long-running ORIGINS project.

Meanwhile, nearly 1,000 cyclists rode 200 kilometres from Optus Stadium to Mandurah and back over two days to raise  a record $4.8 million for the Harry Perkins Institute of Medical Research.

Harry Perkins Institute of Medical Research director Peter Leedman said important cancer research will be able to continue and new research flow because of these funds.

“In the past eight years of the ride, family, community and corporate teams, and particularly our major sponsor MACA, have enabled cancer research, conducted here in WA, to progress and to make a real difference for cancer patients,” Professor Leedman said.

“More than $36 million has been raised since the ride commenced eight years ago which is a remarkable achievement and a testament to WA’s strong community spirit.”