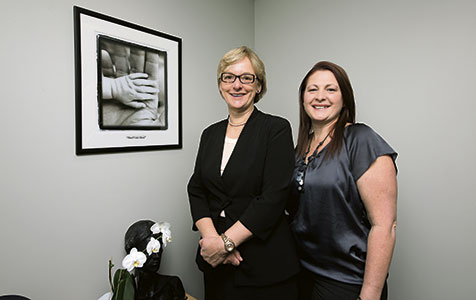 THE booming Western Australian economy of the past decade has fuelled a rise in philanthropic activity of all kinds in Perth.

Charity balls have become the bedrock for not-for-profit groups looking to bolster their profile and raise vital funds through corporate support.

Joining the party is The Senses Foundation, which focuses on providing services such as occupational therapy and physiotherapy to children who live with vision and hearing loss, and is holding its inaugural ball this year.

The ball has attracted the backing of several sponsors, including IT services firm Intergen, Moet & Chandon and industry super fund HESTA, however Senses are still searching for more sponsors to support the event.

Despite the search, Senses Foundation Debbie Karasinski chief executive is confident the ball can succeed by focusing on building a worthwhile and attractive event.

“When you are trying to kick-start a big event like this you start with a blank piece of paper, the challenge is to fill that in with sponsors, participants and supporters and build a successful ball with them,” Ms Karasinski said.

“The measure of success for us is that we want people to have a great time and want to come again next year.”

She said charities needed to engage businesses to ensure the success of fundraising events.

“Most corporates want to give back to the community in some way, many of them are already, and having corporates really understand the critical nature of the services that a charity provides makes all the difference and is the reason they want to participate,” Ms Karasinski said.

Attracting and maintaining corporate sponsorship was the key driver in delivering an ultimately successful fundraising ball.

“The fact is, without them and the support they give to our ball we just can’t provide some of the services which will give these precious littlies the start they need,” Ms Karasinski said.

Among the state’s other charity balls, the Butterfly Charity Ball for Down Syndrome WA has become a feature on the philanthropic calendar, with this May’s event the organisation’s eighth.

WA mining services company Rapid Crushing and Screening has signed on as event sponsor, and business development manager Neil Constantine said the company was proud to be supporting the gala ball.

“We originally got to know the ball through the partner of one of our staff. We’ve been attending for the past few years and when the charity said it was looking for a new sponsor, we jumped on board,” he said.

“The nature of the ball, which gives children living with Down syndrome and their parents a chance to have a dance and enjoy themselves, is what attracted us to the event; it was just the way everyone came together to support such a worthwhile cause.”

The Op-Shop Ball for Anglicare WA is another major charity event, now in its seventh year.

The ball remains Anglicare WA’s premier fundraising event, having collected more than $1.5 million, and has been supported by property developer Peet since its inception.

The Op-Shop Ball has a unique selling point, with guests required to dress in various op-shop creations for the night’s events.

Anglicare WA chief executive officer Ian Carter put the ball’s success down to its engaging and professional presentation and preparation.

“As well as a compelling, worthwhile cause and generous partners, all the event elements need to be there – entertainment, hospitality, exciting auction items and ultimately an element of surprise to keep people returning and donating year after year,” Mr Carter said.

He said charities needed to build relationships with sponsors and donors to cement the long-term success of balls and events.

“Getting the balance right is important. The Op-Shop Ball works because people have a great time and know they are contributing to something really worthwhile,” Mr Carter said.

“A charity ball’s success isn’t simply about the amount raised on the night, it’s about the relationships that are developed and last for years.”

The growing number of international companies looking to tap into the WA market has also bolstered charities looking to bring on new major sponsors.

French engineering firm Technip has expanded its presence in WA in recent years and recently sponsored the Princess Margaret Hospital Foundation’s 14th annual Bear by Night Ball for the first time this year.

“It became quickly apparent that the PMHF ball ticked all of the boxes. Most people in WA, including members of our staff, have used it so it was something our staff and the wider community could relate to and get behind,” he said.

“It’s a great cause because the ball raises funds to purchase much-needed equipment for the children and families who use PMH each year.”

The inaugural Variety of Chefs Ball was held recently, with the event demonstrating the pulling power of celebrity in formulating a successful ball.

Chef Manu Feildel of MasterChef and My Kitchen Rules fame headlined the event and led the fundraising, which topped $145,000 for Variety.