Western Australian charities offering support services are gearing up for a surge in demand as restrictions introduced to stop the spread of COVID-19 start to strain people’s finances and mental health. 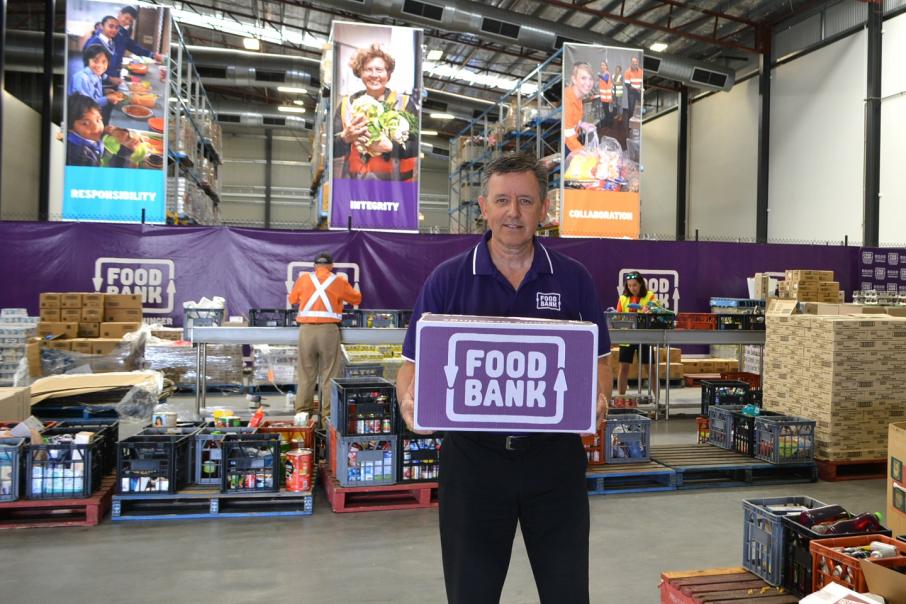 Western Australian charities offering support services are gearing up for a surge in demand as restrictions introduced to stop the spread of COVID-19 start to strain people’s finances and mental health.

Foodbank and Lifeline WA are already reporting an increase in demand, while UnitingCare West is preparing to help accommodate the increased number of people likely to become homeless in the coming weeks.

Foodbank chief executive Greg Hebble said the organisation was expecting the need for its services to grow because people who lived week to week were struggling to find essentials in the supermarket and many had lost their incomes.

Foodbank usually receives some supply from the major supermarkets, but the recent spate of panic buying has left empty shelves and therefore fewer donations for the charity.

To combat this equation of growing demand and falling supply, and to adhere to social distancing measures, Foodbank has adopted a hamper model for its food distribution program.

The organisation buys essentials in bulk and assembles hampers to last two people three days, which can be collected from its warehouse.

“We will go to a hamper distribution model and we believe, with the right funding, we will be able to purchase more of the everyday food essentials to go into these hampers,” Mr Hebble said.

“Historically … it would all be donated, but because there is less supply [from the supermarkets], we are now having to lean towards corporate, government and philanthropic funding to be able to meet that growing demand.”

Many of Foodbank’s older volunteers have elected to stay home, reducing the charity’s volunteer workforce by as much as 80 per cent. However, others have stepped in to take their place.

“We are not short of them, we have just got a different lot of volunteers than we had before,” Mr Hebble said.

Lifeline WA chief executive Lorna MacGregor said while some of its 200-plus volunteers had reduced their hours, others had increased their availability.

“At the moment our call answer rate is really healthy, in spite of the increase in calls,” Ms MacGregor told Business News.

She said calls were increasing week-on-week and there had been a dramatic increase in the number of people talking about COVID-19.

For example, 39 per cent of callers in the first week of April spoke about the virus, Ms MacGregor said.

In terms of funding, Ms MacGregor said Lifeline WA had lost a quarter of a year of fundraising time due to COVID-19 and had undertaken strategies to compensate.

“One strategy was to reduce the hours of work of staff by 20 per cent, which staff accepted with significant grace, and the other was to go out to the community and explain the need,” she said.

“We have been overwhelmed with support from the community, and in particular, WA’s corporate community.”

Lifeline WA, along with Foodbank, was recently one of three beneficiaries to share more than $6 million donated by the Chamber of Minerals and Energy of WA member organisations.

The organisation has reallocated staff to double its outreach teams to find people sleeping rough.

“Because people who are experiencing homelessness are scared, they are more distributed,” Ms Hunt told Business News.

“What we are seeing is an increasing anxiety, that’s for sure.”

Homelessness support service Tranby Centre, operated by UnitingCare West, will remain open but has restrictions in place limiting the number of people inside the building to 10 at a time for 45 minutes with a 15-minute clean in between.

UnitingCare West is also a member of the Homelessness Taskforce, which helped set up Hotels with Heart.

The project aims to get vulnerable people to a safe place and eventually work with the government and community-housing sector to find them a home.