IF deteriorating income streams and skyrocketing costs weren't enough, charities are now bracing for a tougher year ahead with an expected surge in demand for services through 2010. 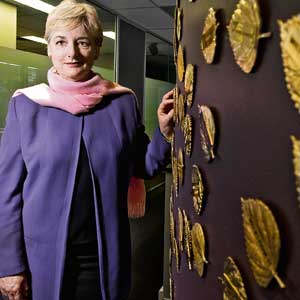 IF deteriorating income streams and skyrocketing costs weren't enough, charities are now bracing for a tougher year ahead with an expected surge in demand for services through 2010.

A new survey by research firm, Givewell, shows the sector under mounting pressure, with a 10 per cent increase in demand for not-for-profit services expected next year.

Western Australia is among the hardest-hit states, with the survey revealing the overall average weighted increase in demand for services in 2009 is 5.4 per cent, with three-quarters of the not-for-profits surveyed blaming the economic downturn.

Givewell executive director Michael Walsh said that, unlike some businesses, charities were not expecting an imminent economic recovery.

He said charities that helped the poor or disadvantaged would be the worst hit, with those operating in smaller populated states such as WA most affected.

"This is a far worse situation than what we are being told about the overall economy," Mr Walsh told WA Business News.

The Givewell survey found that almost two-thirds of charities have experienced a material increase in demand for their services for the 2009 financial year, with an overall national average weighted increase of 4.9 per cent.

They expect a further 5 per cent increase in demand next year.

She said the level of services the organisation provided had increased from 35,000 hours in 2002 to more than 85,000 in the past year.

"Like most organisations I guess we're tightening our belts at the moment, but for us there's been an absolute growth spurt in terms of demand for our services and we anticipate that to continue into the future," Ms Karasinski said.

Of these, more than 11,000 lived outside the metropolitan area and 2,775 of these resided in areas classified as either outer regional or remote.

Association for the Blind of WA chief operating officer, Marina Re, said with an ageing Australian population susceptible to diabetes and obesity - contributing factors to vision impairment - the Victoria Park-based organisation was expecting a massive increase in demand for services by 2020.

"It's a scary prospect," she told WA Business News.

Ms Re said the global financial crisis had had some impact on operations, but the not-for-profit was able to continue its services, which includes home-based services, counselling and occupational therapy.

WA Charity Direct, established in 2004 by local businesspeople, raises funds with a focus on helping individuals and families in need who do not have the financial capacity to help themselves.

The organisation's treasurer, Jeff Miller, said membership had plummeted amidst the global financial crisis, which meant demand for services would likely increase in the near future.

The Red Cross of Australia, on the other hand, has not experienced a decline in volunteer numbers, although demand for its services has increased, with more families devastated by the economic downturn.

Red Cross WA executive director, Steve Joske, said the organisation was being stretched to the limit with people suffering mental health issues as a result of the deteriorating economy.