Charitable campaign to take out 'Gary' 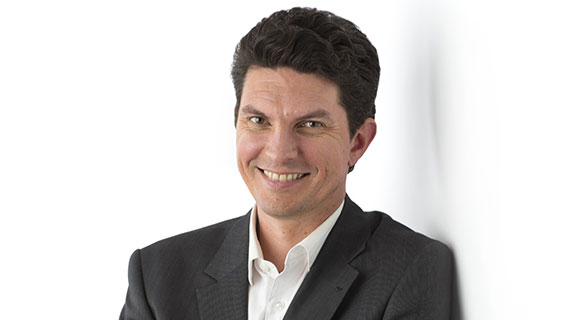 Another well known Western Australian political ‘identity’s’ days may be numbered, with WA Greens Senator Scott Ludlam, who is a participant in the Leukaemia Foundation of Australia’s World Greatest Shave, stepping up his campaign to eliminate ‘Gary’, also known as his hair.

His campaign has a twist, with people able to donate to ‘Shave Gary’ or ‘Save Gary’; at the time of writing, the majority of money being pledged is registered to ‘Save Gary’.

Senator Ludlam credits Australian cartoonist First Dog on the Moon and the internet for inventing the persona of Gary some years ago. Gary is now both a source of wonder (it has its own Twitter account) and tool of gentle ridicule.

He encouraged Western Australians to donate to the Leukaemia Foundation’s World Greatest Shave event, and preferably to the Shave Gary campaign.

“(Gary) is just this thing that follows me around and he’s going to get what’s coming to him,” Senator Ludlam said.

“It seems like a lot of effort to go through if nothing happens at the end of it.

“But people are going to need to put some significant dollars on the table because Team Save is $1000 or more ahead at the moment.”

Senator Ludlam, who made a speech in parliament about the campaign, said he became involved because its catchy messages had brought to his attention how cancer affected such a broad spectrum of the community.

“I’d been conditioned to think only old people got it, yet it hits even two year olds who have barely begun their lives,” he said.

“Also the money raised by the Leukaemia Foundation makes a measurable difference in people’s lives.”

More than 150,000 people are expected to take part in the World’s Greatest Shave from March 10-13 with people shaving and colouring their hair and some men waxing their legs or chest or getting rid of their beards or moustaches.

Leukaemia Foundation of Australia WA general manager Andrew York said funds raised helped pay for transport to and from chemotherapy sessions, free places to stay for country patients coming into the city for treatment and counselling and care packages.

“Shavers get to feel some empathy with people who don’t get a choice to lose their hair,” Mr York said.

“This is often described as an unexpected but powerfully life-changing experience by women.”

A public shaving event will be held in Perth on Saturday March 12 between 11am and 1pm in Forrest Place.

Gary’s fate will also be decided next Saturday.