Some users may have welcomed the removal of the port enhancement charge at Geraldton, but it may not be smooth sailing for all. 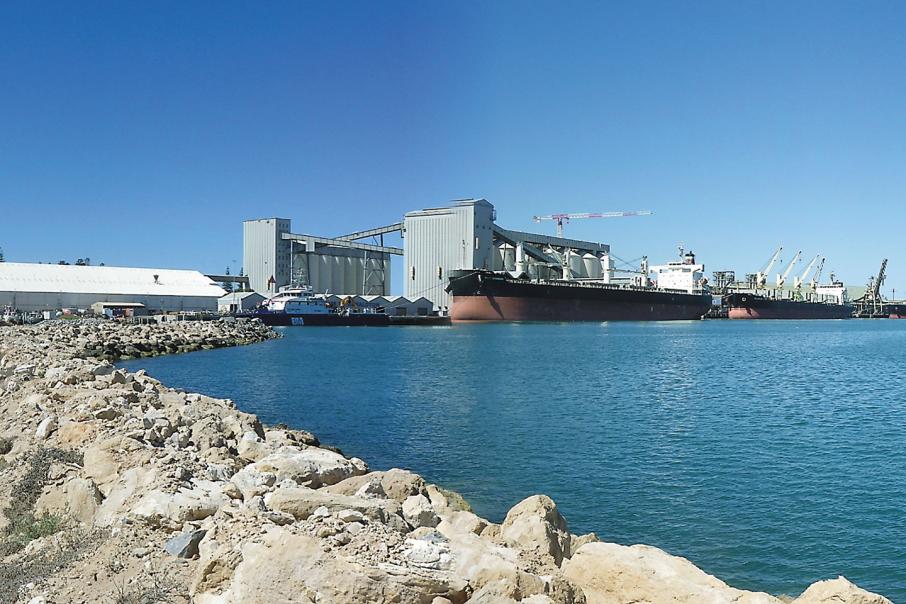 SHIP SHAPE: The enhancement charge had paid for dredging to allow bigger vessels into the port.

Some users may have welcomed the removal of the port enhancement charge at Geraldton, but it may not be smooth sailing for all.

Shipping companies could face higher charges at Geraldton Port after an 80 per cent increase in berthing costs was introduced on July 1.

The imposition of the new fee structure comes as the government has scrapped its port enhancement charge at Geraldton, which had drawn fire from grain growers and miners.

The impact of the cost shift will fall in various ways depending on particular contractual obligations, although Business News understands some shippers and shipowners will be worse off.

Some of the contracts in place between producers and shipowners using the port had specific clauses relating to the port enhancement charge, which the state government confirmed it would remove following the May state budget.

Those shippers don’t benefit from the removal of the charge in itself, as that cost was already passed on to end-users.

But the dramatic increase in the port’s other major charge, the ‘ship berthing charge’, would leave those in contracts short changed, with port costs a major part of the operating cost of shipping freight.

Those extra costs would not be recoverable until current contracts end and new agreements are inked.

In the medium term, bulk commodity plays such as iron ore miners would do best from the changes, while producers who ship smaller consignments might actually be facing higher total costs, depending on the design of the vessels they use, Business News understands.

Mid West Ports Authority, the state government entity responsible for management of the port, did not respond to requests for comment.

Part of the discrepancy exists because the two main charges are levied on different revenue bases.

The Geraldton port enhancement charge, which was introduced in 2002 to pay for dredging costs at the port, was levied based on the volume loaded or unloaded at the port.

For example, each tonne of exports carries a cost of $2.82.

The dredging project cost $106 million, and although it is reported the charge raised more than that amount while it was in force, the port still owed $67 million as of May this year, which the state government wrote off.

The ship berthing charge, however, is levied on the volume of the ship, measured in gross registered tonnage (which is not the same as tonnes measuring weight).

The benefit falls as the ship’s utilisation rate declines.

Shipping is generally accepted to be a fairly free market, with low barriers to entry and highly mobile capital and labour, with a high level of international competition.

Yet the industry has faced some difficulties in the past few years due to excess capacity among bulk transporting vessels.

The Baltic Dry Index, which tracks global shipping prices for bulk commodities, fell from a peak of more than 2,300 points in December 2013 to just below 700 at the time of writing.

Business News understands some international shippers have been squeezed hard by this price reduction, although it is highly beneficial for Western Australian iron ore producers currently squeezed by lower prices.

Geraldton is not the only port where there has been a recent pricing dispute.

The sale of Utah Point, flagged by the state government as part of its asset recycling and debt reduction agenda, has been held up in the Legislative Council by the Nationals, and is under review by the council’s legislation committee.

That committee is expected to table the report in late August.

In late June, junior miner Atlas Iron welcomed an extension of a port charge discount offered by the state government to the end of the 2017 financial year.

At an exchange rate of US76.07 cents and an iron ore price of $US58.70, the Australian dollar price is pressing towards the $80 level at the time of writing.

Mining lobbyist the Association of Mining & Exploration Companies had been critical of a lack of consultation around the sale of Utah Point, which it said created uncertainty for the port’s three users – Atlas Iron, Consolidated Minerals and Mineral Resources.

Each of those three contributed to the capital cost of the facilities.

Amec’s position was that the port should remain exclusively available for junior miners, while new charges had penalised users for increasing their export rates.

That was because users pay a higher rate per tonne to increase their throughput, although Amec contends higher throughput actually reduced the overall costs of operating the port on a per-tonne basis.

Utah Point would achieve a return on investment in excess of 30 per cent annually, according to Amec, with Commonwealth guidelines suggesting an 8 to 12 per cent return most appropriate.

A further dispute was over the lease of Fremantle Ports, with the National Party and agricultural groups concerned about the pricing power of a monopoly owner.

In March, Nationals leader Terry Redman said the party would not support the sale because the enabling legislation would mean the government could conduct negotiations without disclosing access arrangements.

Treasurer Mike Nahan bowed to that pressure, with details of the regulatory regime to be included in the legislation.

He noted, however, that private ownership had kept prices down in other capital cities in order to encourage higher throughput.