Changing the face of Forrest Place 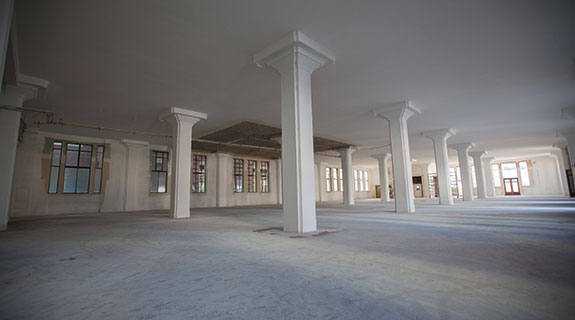 Retail and office landlords are building on the City of Perth’s initiative to focus on Forrest Place, which is emerging as the next precinct of the CBD to undergo a significant transformation.

The City of Perth launched a plan in 2013 to re-establish Forrest Place as the heart of the city, redeveloping the public space, and helping fund various events, including the Twilight Hawkers Market, Perth Fashion Festival and Eat Drink Perth, among others.

One of the next steps of the transformation is the revamp of the Commonwealth Bank building, underpinned by architecture firm Hassell shifting into the heritage-listed property.

Commercial agencies JLL and Sheffield Property Group brokered the deal on behalf of the building’s owner, Primewest, while it’s expected a leasing campaign will be ramped up later this year for the remaining 3,000 square metres available.

Sheffield Property Group director Mark Clapham said Hassell would create a 1,100sqm open-plan studio on the first floor of the building, which was previously tenanted by federal government agency Centrelink.

The remaining 3,000sqm in the building would be marketed towards advertising, media, publishing and marketing groups, he said.

Primewest director John Bond said he expected Hassell’s move to have a catalytic effect in attracting other tenants.

“Having an architect in there as a first tenant is great because they’ll do a fantastic job, and it’s quick; we have to be finished in August so they’ll be in occupation by the end of the year,” Mr Bond told Business News.

For the other floors, Mr Bond said the developer and funds manager was taking a softly, softly approach.

“We’re not really trying to push it because if you have a look at the other floors they are a bit out of date.

“The plan is to get Hassell open and people can see what can be done.”

Nearby, funds manager ISPT has won approval for a $100 million redevelopment of Forrest Chase, which is expected to be completed by 2017.

The project, which was approved in March, is designed to link Forrest Chase and City Central as a new precinct, with flagship retail tenancies and hospitality offerings rounding out the plan.

Also in the works is a $12 million redevelopment of the Piccadilly Arcade, a proposal first reported by Business News in October last year.

That plan, designed by Palassis Architects, covers restoration of the existing mall, however, the centre’s offshore owners are keeping their options open for the heritage-listed cinema.

Global retailer H&M is also expected to finalise a move into the GPO Building before the end of 2015.