Changes on horizon for Pilbara 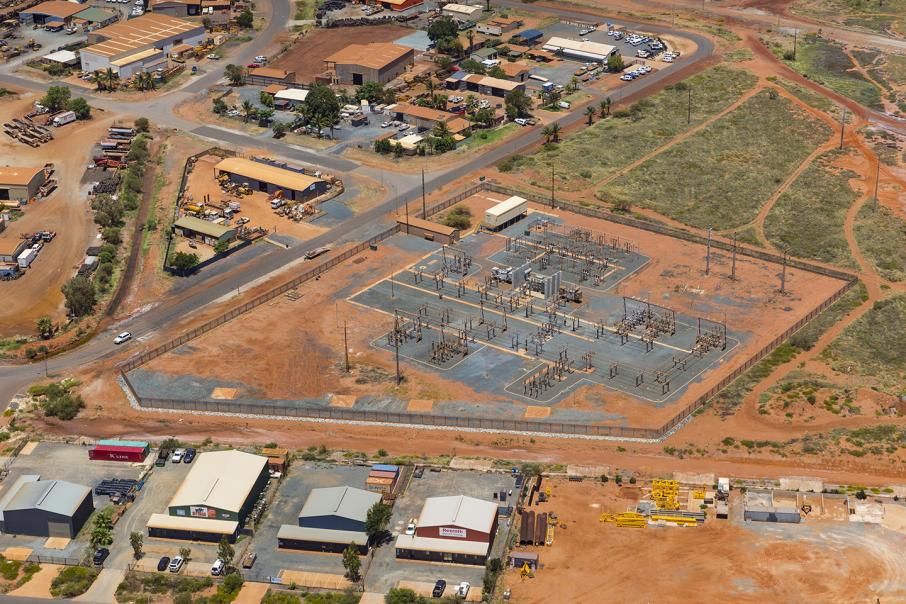 Reform is under way in the Pilbara electricity network. Photo: Horizon Power

There is no shortage of electricity generation capacity in the Pilbara, with about 2,000 megawatts of power infrastructure scattered across the region.

But peak demand is only around 1,450MW, according to Horizon Power manager of retail and generation, Evette Smeathers, who spoke at the Pilbara 2018 conference in August.

Much of the capacity is isolated at mining or oil and gas sites, not linked into a broader network.

To the extent there are linkages between generators and potential customers, access can be difficult to secure.

That is changing, however, with the state government moving earlier this year to make Horizon – its vertically integrated regional electricity business – facilitate third-party access to its Pilbara grid.

That decision followed an ongoing battle between Horizon and Alinta Energy to negotiate an access arrangement.

“Generation infrastructure has been built as required by each customer, with no central planning or market,” she said.

“The transmission network doesn’t have any central planning, there’s no central dispatch function.

“We have a semi-interconnected system, we have significant inefficiency, overcapacity, limited collaboration, and either bilateral negotiation or drawn-out legal processes.”

The reason for that approach is the market’s relative immaturity, with lower levels of liquidity, she said, as the system had grown in a different way than others.

Legislation is expected to go to parliament for the changes before the year is out, with a transition to take place between January and June.

The new system will launch in July 2019.

The key challenge would be to make sure any reform was not overkill, Ms Smeathers said, noting that Horizon Power was fully supportive of open access.

“There are multiple benefits from optimising the infrastructure development in the region,” she said.

“If you can create a competitive market, it results in lower prices for electricity consumers.

“In the early stages, we will probably only have a couple of competitors there, but as you start to get an increased number of competitors accessing the network, you’ll see some benefits.”

Ms Smeathers said there would be other benefits for development in the north-west.

One was that small miners would more easily be able to link into the system, reducing capital costs for generation at new projects.

Another consideration was the potential to ease capital investment requirements for big projects. If future projects were able to connect to the network, proponents would not have to invest in extra capacity to ensure they had a reserve generator in case of a problem.

This concept is known as a spinning reserve.

At Roy Hill’s Newman mine, however, Alinta Energy installed a 30MW battery system to act as a spinning reserve earlier this year, showing how technology is changing the calculus of these decisions.

A further consideration for the government is the level of subsidies that head into Horizon’s coffers.

The tariff equalisation fund is a surcharge on the electricity bills of customers in Perth and surrounds, which is passed to Horizon to keep regional power bills down.

About $150 million was redistributed through this mechanism in the 2017 financial year.

The amount has grown in recent years, although at a much less substantial rate than had originally been budgeted.

There have been numerous reports looking at reform of the Pilbara market in the past two decades, including most recently a 2015 review by former Synergy chairman Lyndon Rowe.

The report recommended a light-handed regulatory scheme, seperate network ownership and an independent operator for the system.

There are other changes taking place in regional power markets.

Horizon has been an early adopter of microgrid and distributed generation technology, with an example being the use of standalone power systems for farmers in the Esperance area.

Such systems are used where it is cheaper to not connect a customer or group of customers into a larger grid, and rely on storage to smooth fluctuations in demand.

Microgrids are to be rolled out at Onslow, and Kalbarri, as examples.

A further reform is in electricity pricing, with a new scheme to change prices based on timing of demand being rolled out for Broome customers.