Changes coming, you can take that to the bank

The banking royal commission’s exposure of shady practices will no doubt lead to calls for change, but perfect solutions are hard to find. 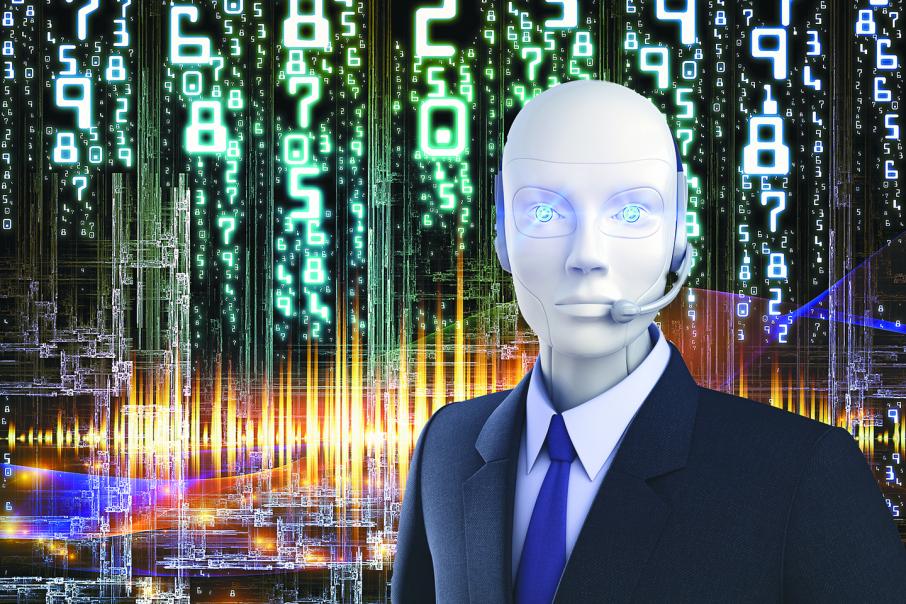 Taking the human element out of financial decisions is risky. Photo: Stockphoto

Everyone who has ever been to a football game knows what happens when the crowd heads for the exits at the same time – in the financial world, it’s an effect similar to what happened on the stock market in 1929, 1987, and 2008.

Those were times of panic caused by a human emotional response to times of crisis, crises we’re being told would not happen if robots were making the decisions.

It is, of course, an utterly daft suggestion. However, the robot solution is among those gaining traction as Australia’s banks are justifiably hauled over the coals before the spectacularly depressing Financial Services Royal Commission into banks and financial services, led by Justice Kenneth Hayne.

Day after day the headlines are filled with appalling stories of how banks and financial advisers misled clients.

Of all the wrongdoings exposed so far, the worst is the idea of an organisation, which markets itself as trustworthy, feasting off the carcass of a deceased estate in exactly the same way vultures pick the meat off the body of a dead animal.

It doesn’t get much worse than that, except if you layer on the fact that some of the accused bankers and their external sales agents knew what they were doing, never apologised, never tried to fix the problem, and just let it ride until the law, in the form of Justice Hayne, came riding into town.

There are three aspects to this sad story of a business I have defended in the past (because I believe banking is an essential service run by generally honorable people).

The first is a personal observation about why banks can misunderstand their duties, and it goes back to the time my mother was dying.

Because my younger brother and I knew exactly where things would end we took control of our mum’s affairs, with her blessing, managing everything to the point where we made sure she got her wish of dying in her own bed, in her own home, pain free.

The nurses from Silver Chain were fabulous and the man from Legacy looked after her war-widow status. But lurking in the background was the problem of the bank, not that I thought it would be a problem, as my brother had managed the estates of dying people before.

“Just leave the bank out of this,” he said. “We can manage it”. And we did. Paying mum’s bills from an account we controlled (with her blessing), until the end came, and even then, the bills came in for another 10 to 12 months.

“Now we can tell the bank,” my brother said. We did, by asking the bank to close her accounts because she had died the previous year. “Why didn’t you tell us earlier so we could take charge of her accounts,” said the bank manager, to which we replied: “What’s it got to do with you.”

That was my first experience of a bank straying into an area in which it lacks competence. What could the man behind the counter possibly know about our family’s affairs that we didn’t? He clearly failed to appreciate that we could do the job of winding up an estate infinitely better than he ever could – without us having to pay him a fee.

And that leads us back to the Hayne inquiry and the second aspect of a distasteful situation – the utterly outrageous fees some advisers have been gouging out of their unsuspecting clients.

At first glance the concept of a 1 per cent fee on funds being managed sounds simple, and small. But levy that annually on the value of the $1.6 million a person is allowed to save in a tax-free super fund and it amounts to an annual charge of $16,000, or more than $1,000 a month, for doing what exactly?

In some cases, investment advisers do care for their clients and do earn their fee, but too many adopt the vulture approach, taking what they can no matter how much it costs the client.

One suggestion gathering support among people wondering what happens after Justice Hayne brings down what is likely to be a devastating assessment of a banking and financial advisory industry run amok is the encouragement of robotic advisers, which headline writers like to call ‘robo’ advisers, perhaps because it sounds less inhuman.

Loaded with the latest computer programs and algorithms (which are nothing more than a set of instructions for a computer), this budding generation of advisory robots will take the all-too-obviously failed human element out of decision-making in investments.

If you believe there will be an improvement under a robo system, then get ready for the Hayne inquiry MkII, when the robots are called to court to explain why they all decided to sell at the same time, triggering a stampede that replicated the rush for the exits seen in 1929, 1987, and 2008.

At this early stage of the new world of financial compliance hatching in the Hayne inquiry, we are likely to see banks and investment advisers forced to comply with a strict new set of rules that make it both legally and morally wrong to steal from the dead.

However, in the background are the seeds of the next crisis, one which will follow a time of benign asset-vale moves that robo advisers can see with the use of their algorithms, until they all see the same problem at the same time and head for the exits at the same time.

Replacing bank managers and investment managers with robots is not the answer to the problems being uncovered in the Hayne royal commission.

Robots, for example, have no emotions, and money is very emotional stuff, whether you’re making it or losing it. Robots also lack accountability, in that a computer program doesn’t care if you get rich or die in a ditch, and then there’s the one-size fits all problem, which the bank wanted to impose on my brother and me.

Finding a way to bring back honest personal service from trustworthy people is the only way forward, and the sooner the better.

Bolivia has fired another warning shot across the bows of Australia’s booming lithium industry by signing a project development deal with Germany’s ACI Systems.

Under the $US1.3 billion arrangement, ACI and the Bolivian government will develop lithium projects on the brine lakes found in the Andes, which are already a focus of lithium production in Chile and Argentina.