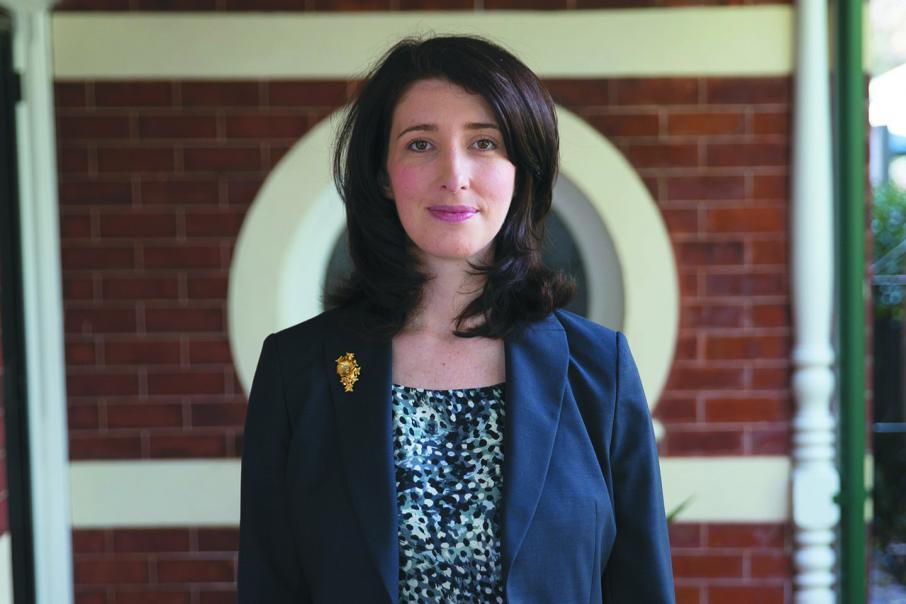 They add to an impressive resume that has included 11 years working for global investment bank JP Morgan in London, while concurrently completing a masters degree at Cambridge University.

The 40under40 award winner told Business News she had cultivated a portfolio career, in what was commonly being called the ‘gig economy’, where people build a career out of temporary positions and short-term engagements.

“To have the opportunity to contribute in a more diverse landscape of projects is an enormous privilege and opportunity,” Ms Green said.

She has no hesitation in stating her main focus as deputy lord mayor – effectively, acting lord mayor while the incumbent, Lisa Scaffidi, pursues a legal challenge against her disqualification.

“I have a very clear sense of purpose in my role, and it’s to drive change,” Ms Green said.

“I intend to work collaboratively with other councillors and seek their contribution and make things happen.

“The city has been in a holding pattern for some time and I would like to see the council collectively deal with some of the pressing issues, such as lowering the office vacancy rate, getting more people to live in the city, and activation.”

Ms Green is confident she can juggle her multiple roles, especially as she is moving to a part-time role at Power Ledger.

She is a co-founder of the business, which is pioneering the use of blockchain technology to enable households to trade energy.

Power Ledger’s landmark capital raising has enabled it to hire extra people to pursue its growth plans, which already include partnering with large utilities in Australia and overseas.

“It was my intention all along that when we were in that position, I would transition to a non-executive chair of the company,” Ms Green said.

Power Ledger dovetails with Ms Green’s part-time role at the Curtin University Sustainable Policy Institute and her chairing role at Climate-KIC Australia, a group focused on developing the market potential of emerging technologies that will have an impact on climate change.

She is also a director of the Water Corporation.

“In my first two years on council, I put a lot of ideas up and wasn’t able to make many inroads,” she acknowledged.

Ms Green has nominated several initiatives that will be a priority.

One is completion of the city’s Reconciliation Action Plan, which she hopes will come to council at the beginning of next year.

She also hopes the city will lift its employment of Aboriginal people.

“In conversations with traders, that has become a big impost,” she said.

“That is something council could address quite quickly.”

Ms Green describes herself as a vocal advocate for transparency and good governance.

For instance, she said the lord mayor should not be able to preside over the council’s audit and risk committee, as this was at odds with good practice.

Ms Green is also keen to encourage the upgrading and re-use of underutilised buildings in the city, possibly through concessional loans.

“That’s something I’ve been working on for about six months,” she said.