Michael Chaney will take the role of chairman of conglomerate Wesfarmers when Bob Every retires at the company’s next annual general meeting in November. 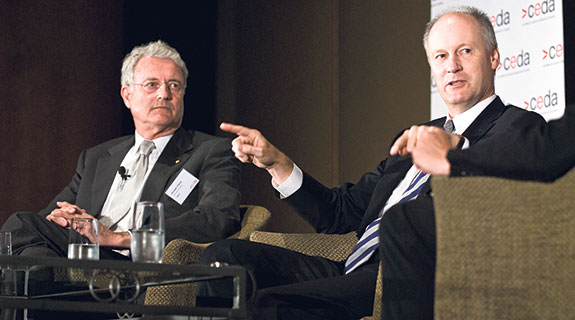 Michael Chaney will take the role of chairman of conglomerate Wesfarmers when Bob Every retires at the company’s next annual general meeting in November.

Mr Chaney, who in December will retire as chair of National Australia Bank (as announced last week), will join the company’s board as chair-elect in June.

Although it is expected that he will also be retiring from his role as chair of Woodside Petroleum sometime in 2017, it puts theories of his impending retirement to rest.

Mr Chaney is also chancellor of the University of Western Australia.

Mr Chaney was Wesfarmers’ managing director from 1992 until 2005, when he was succeeded by current boss Richard Goyder.

His move to chairman mirrors that of his predecessor, Trevor Eastwood, who handed the torch over to Mr Chaney in 1992 and returned as chairman 10 years later.

Mr Chaney said he was looking forward to rejoining the company.

“It is an honour for me to have been invited to chair this outstanding Australian company,” he said.

“Over the last 10 years, Wesfarmers has grown enormously and very much retains the strong shareholder focus for which it has been well known.”