Garnering widespread interest is essential in a sector filled with worthy causes. 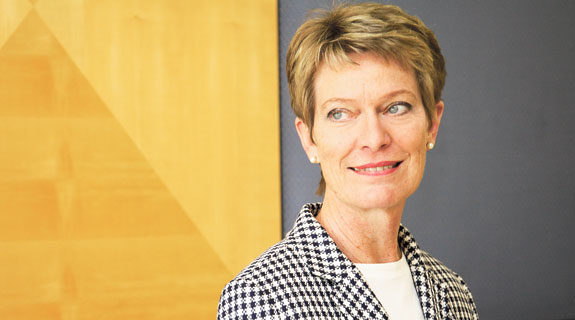 AWARENESS: Penny Flett says finding funds for people with acquired brain injury or the elderly can be a challenge.

Garnering widespread interest is essential in a sector filled with worthy causes.

Competition for the philanthropic dollar is tight at the best of times, but even more so for those causes that struggle to capture the public interest.

Whether it’s the lack of a high-profile advocate pushing the case, or a broader lack of awareness, some very deserving causes must go to great lengths to secure support.

When aged care and disability provider Brightwater Care Group chief executive Penny Flett wanted to open a rehabilitation centre for people with acquired brain injuries, one of the biggest challenges she faced was tapping into community interest.

“The philanthropic dollar is hotly competed for,” Dr Flett said.

“There are a lot of causes which are very captivating emotionally and for good reason – breast cancer, children’s hospitals, all the things that people can easily relate to and imagine – and they have a lot of fantastic backing by amazing people.

“None of us begrudge that at all; however if you’re trying to capture people’s attention and the vast majority of the public has no idea (about) brain injury, (it’s) not very sexy.

“One in 45 Australians lives with a brain injury, people don’t know that.

“We hear about road trauma on our roads and who dies but we never hear about for every death there’s one or two severely injured; and so to try and explain that in a way that people are going to listen to and understand is a really big challenge.”

Services for the elderly was another cause for which Dr Flett said it was difficult to corral support.

“Even though we all absolutely love our grandparents and wouldn’t do anything to hurt them and we’d do anything to help them, the public has a general perception that old age is dotage and dementia and awful … that’s all wrong, but it’s a very powerful perception,” she said. “Organisations that are attractive in terms of the services they deliver or the constituents they serve can get more of a share of the philanthropy services than other services,” Professor Gilchrist said.

“So for instance children and animals seem to attract more philanthropists than aged care.

“We all want to see children get ahead, we all want to reduce our ecological footprint ... they are naturally more attractive charities than others that serve just as important a constituency and contribute to the community, but in fact don’t have that attractiveness about them.”

To combat these embedded perceptions, Dr Flett said Brightwater had found showcasing the plight of affected people worked well, as did organising unique fundraising events such as Perth’s longest lunch.

Dr Flett said the inaugural networking lunch held this month attracted an overwhelming response – drawing in 800 people and a number of corporate sponsors – despite having to compete with many other charitable fundraisers.

“It’s actually quite a challenge and you have to do it bit by bit; you have to appeal to many different audiences, you have to learn how to use the language, the expressions, stories, whatever it takes to reach that audience,” she said.

Although Brightwater had never thrown such a large event, having a sound, long-standing reputation helped it to tap into community support.

“You have to put a lot of heart into it,” Dr Flett said.

“We drew on a lot of work we had done for a long time. We had an amazing response from suppliers, from friends and relatives of Oats Street (acquired brain injury centre) and all sorts of people who have seen our work.”