Challenges to deliver our daily bread

Volatility in wheat prices is not matched by those for bread, particularly in Australia even though the two products are connected. 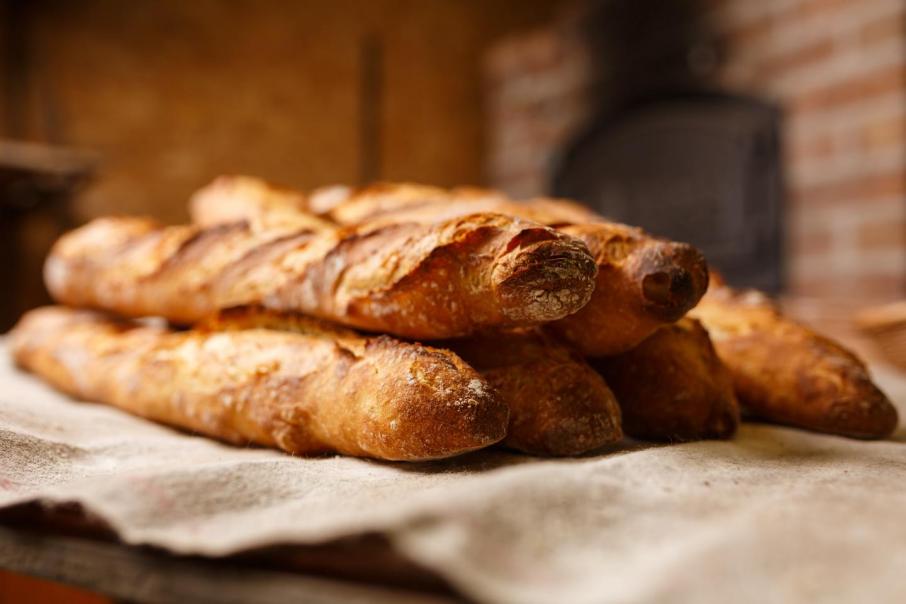 The trajectory for bread prices is more consistent than that for wheat. Image: Pixabay

The world is moving through a perilous time.

Severe weather conditions in various parts of the world have resulted in lower food production, which, combined with COVID-19-related logistical challenges, are causing global food prices to rise.

Bread is a food consumed in some form or other in many of the world’s cultures (in fact, large populations subsist solely on bread), so I thought it would be interesting to look at the price of bread versus the cost of wheat, given wheat is the main ingredient in bread pricing.

In this analysis, I have collated a bunch of datasets from various government departments, along with some pricing data.

To create a comparison of the data points, I have created an index of Australian and US bread and wheat pricing from 1990 to the present.

The correlation between the two is 0.99 (one is a perfect correlation, and zero is no correlation).

The closeness of the relationship is interesting, with the cost of bread rising, on average, between 2 per cent and 3 per cent each year.

Bread is a retail product sold direct to consumers, and there is a tendency for retailers not to introduce sharp revisions to the price of staples.

The chart shown above indicates the same bread price index, along with the index of wheat pricing in Australia and the US.

The movement in wheat pricing is far more volatile.

This is due to the fact that wheat prices are generally driven by supply.

If there are supply shocks (i.e. drought), we see prices drive higher.

If supply is ample, then pricing will fall. Bread doesn’t seem to be as affected by swings. 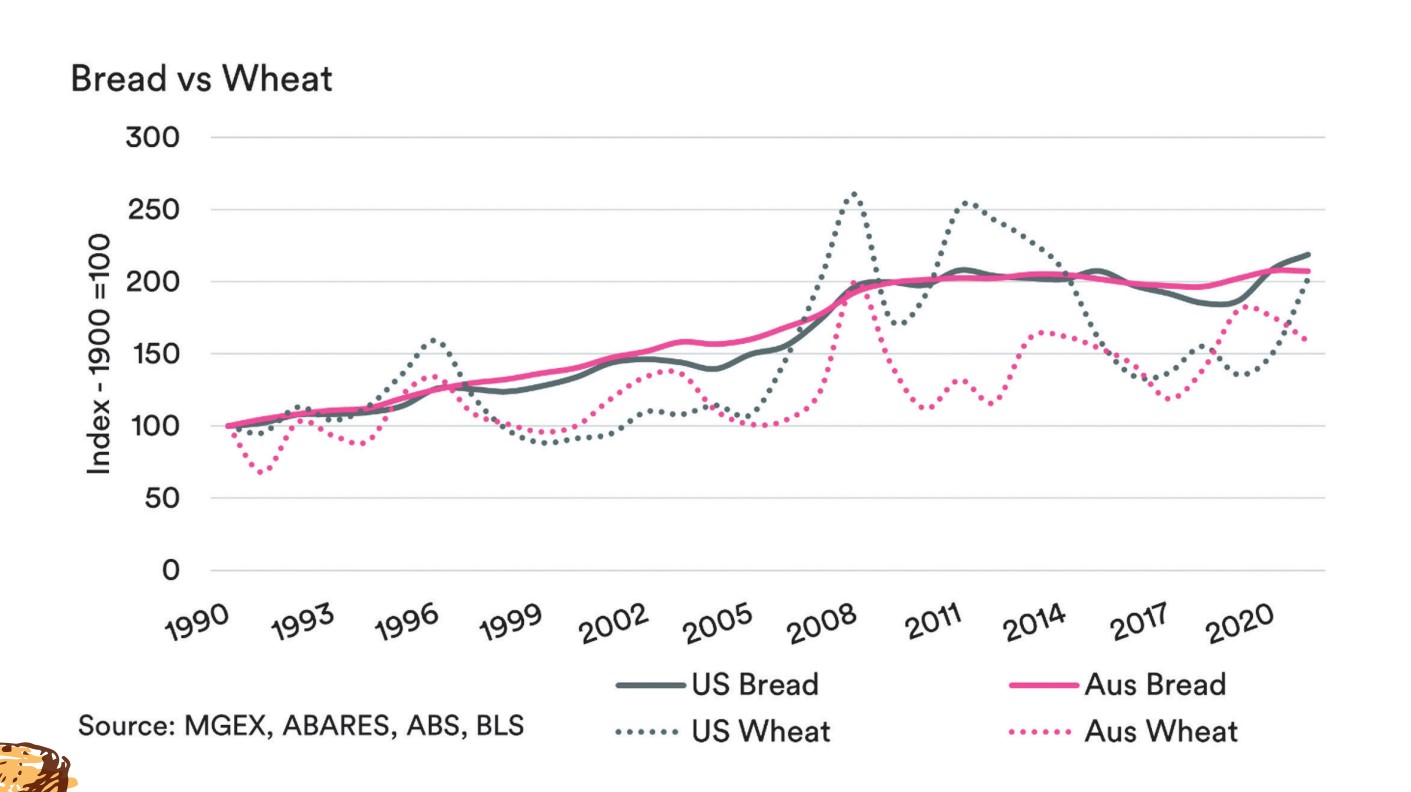 The relationship between bread and wheat pricing in the US is slightly stronger than in Australia.

In general, the most significant increases in bread pricing occur during times of higher annual increases in wheat pricing.

It is important to note that price falls in bread are not as common when the wheat price falls; this is especially so in Australia.

While there is a relationship between the price of bread and the price of wheat, the reality is that with bread being a retail product, many other factors drive the price, from marketing to logistics.

Bread prices do tend to rise when wheat prices rise.

They do, however, tend to maintain their pricing levels when the wheat price falls back.

In the developed world, as consumers, we tend to be removed from the vagaries of commodity markets to an extent.

Food remains a relatively small part of our overall spending.

The issue becomes more fraught in developing nations where the average person will spend a substantial proportion of their wage on food.

Food price inflation becomes a much bigger risk in parts of Africa, the Middle East and Asia.