Chalice Gold Mines chairman Tim Goyder has sold 20 per cent of his shareholding in the company to accommodate strong demand for shares in this week’s $30 million capital raising. 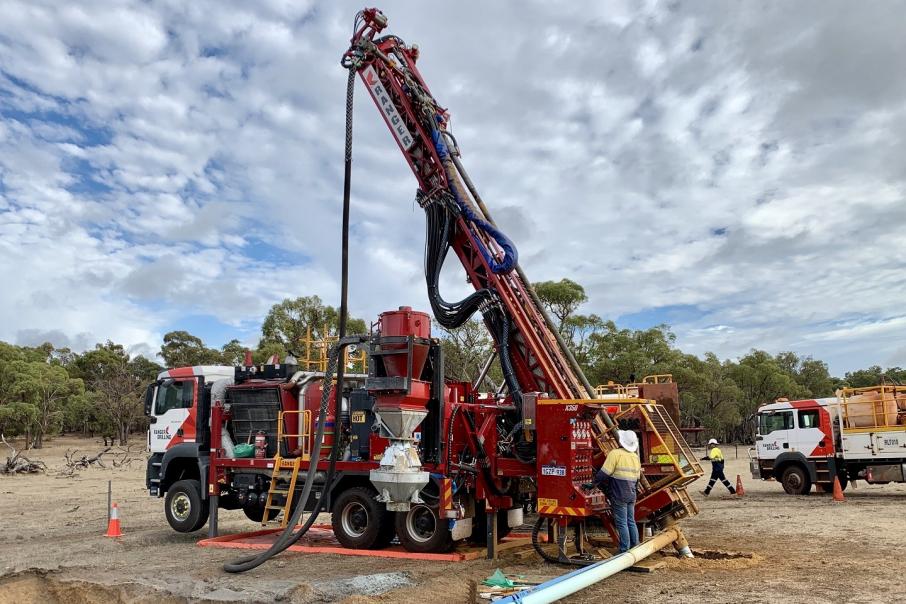 Chalice Gold will complete the next stage of drilling at its Julimar nickel, copper and palladium project in Western Australia. Photo: CGM

Chalice Gold Mines chairman Tim Goyder has sold 20 per cent of his shareholding in the company to accommodate strong demand for shares in this week’s $30 million capital raising.

Chalice Gold announced today it had received applications in excess of $75 million for the placement, with the company to issue around 28.7 million shares priced at $1.05 each.

Chalice Gold expects settlement to occur on May 19, with Bell Potter Securities and Euroz acting as joint lead managers to the placement.

Red Cloud is acting as co-manager in North America.

The proceeds raised are going towards the next phase of drilling at Chalice Gold’s wholly-owned Julimar nickel, copper and palladium project in Western Australia.

The company says it is planning an expanded, systematic exploration program, anticipated to include a maiden mineral resource estimate as well as preliminary metallurgical and mining studies for the project’s Gonneville discovery.

“We welcome the addition of a number of significant sophisticated investors to Chalice Gold.

As a result of several large bids, chairman and founding director Mr Goyder has agreed to sell 10 million Chalice Gold shares – or $10.5 million worth of shares – on the same terms as the placement.

The sale represents around 20 per cent of his 45.9 million shareholding in the company.

“The company is now in an even stronger financial position and, while I have sold a small part of my holding, I am very excited by the potential of our projects and I remain fully committed to the company,” Mr Goyder said.

The chairman has invested around $9 million of his own funds into the company over the past 15 years, Chalice Gold said, without having sold any of his shares during that time.

Mr Goyder will maintain a 12 per cent shareholding in the company upon completion of the placement.