The national average shopping centre vacancy rate reached 5.1 per cent in June, up from 3.8 per cent in December, according to the latest figures from JLL. 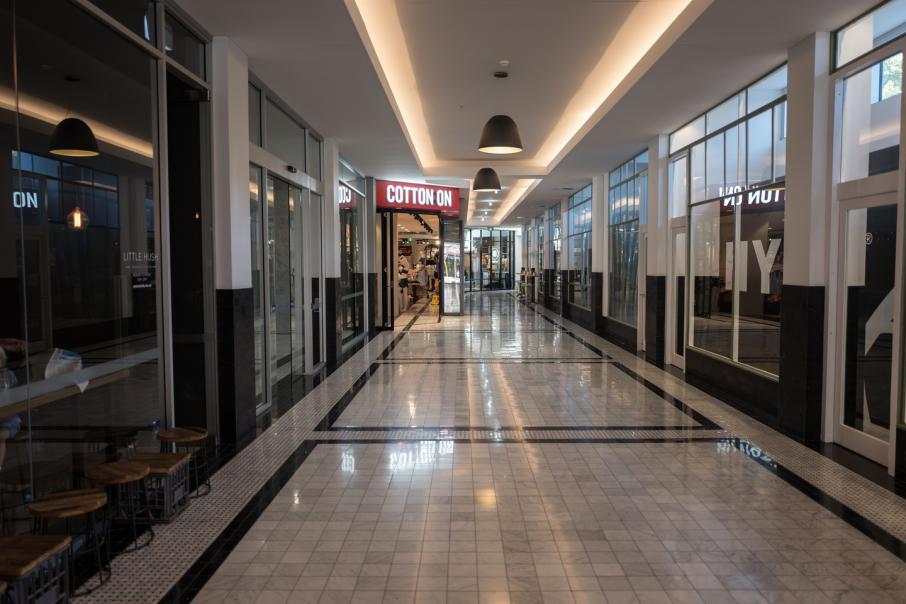 Perth vacancies across all retail assets increased from December 2019 to June 2020 by 0.4 per cent. Photo: Attila Csaszar

The national average shopping centre vacancy rate reached 5.1 per cent in June, up from 3.8 per cent in December, according to the latest figures from JLL.

JLL statistics for the second quarter of 2020 found shopping centre vacancies hit the highest level recorded in more than 20 years.

When including CBD retail and large format retail, the vacancy rate rose from 4.8 per cent to 6.3 per cent.

For the purpose of the survey, JLL Research did not count temporary store closures as ‘vacant’.

JLL head of retail, property and asset management Australia, Tony Doherty, said the team had started to see a rebound in sales and foot traffic across the company’s managed portfolio of about 300 centres since April, but between 5 per cent and 10 per cent of stores remained temporarily closed.

“There is a major operational focus for us on ensuring shopping centres are safe places as social restrictions have lifted in most states,” Mr Doherty said.

“Our team is also working closely with individual retailers on their rental circumstances to help them through this period with a specific focus on applying the principles under the commercial tenancies code of conduct.

“While the national code of conduct for commercial tenancies is providing some structure to tenant-landlord rent relief negotiations for SMEs, the focus for some national retail chains is shifting to more permanent decisions for rationalising their store numbers.”

On a state-by-state basis, Perth vacancies across all retail assets increased slightly, from 6.6 per cent in December 2019 to 7 per cent in June 2020.

JLL senior director of retail research Australia Andrew Quillfeldt said while government stimulus had helped support business continuity and employment, partly contributing to the rebound in retail sales, he remained cautious about the outlook for retail.

“The events throughout the past few months, which have led to many discretionary retailers planning to shrink their store network, will likely polarise the retail property sector even more,” he said.

“This is likely to drive divergence even further between the performance of prime and secondary quality shopping centres - a trend which has been occurring for some time already.”

JLL also found the commencement of new projects and extensions were the lowest since 2009 at 22,900 square metres in Q2 2020, as owners scale back capex programs.

All of the six projects that went ahead in the June quarter were convenience-based centres anchored by a supermarket.

“Neighbourhood and large format retail centres have been much more resilient, from a foot traffic, sales and rent collection perspective as these sectors have benefited from the boost in sales of food and household goods,” Mr Quillfeldt said.

“Development activity is reducing significantly given the focus on converting existing space. The lower levels of new supply will help rebalance market conditions over the next three to five years.” 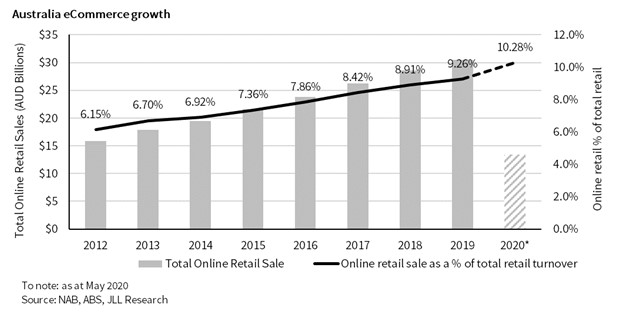 JLL head of industrial capital markets and logistics Tony Iuliano said cold storage assets were already tightly held and that the current focus on food retailing would only increase their attractiveness and the competition to acquire them.

“Investors will be looking at assets that have a food-related aspect, whether it be the asset or the tenant, to determine growth opportunities,” he said.

“The current increase in manufacturing and storage of pharmaceutical goods will also drive tenant demand.  These factors will therefore drive greater investment in modern logistics and smart warehousing.”