Centaurus Metals has raised $5 million for early-stage works at its Jambreiro iron ore project in Brazil while it finalises a debt funding package for the development. 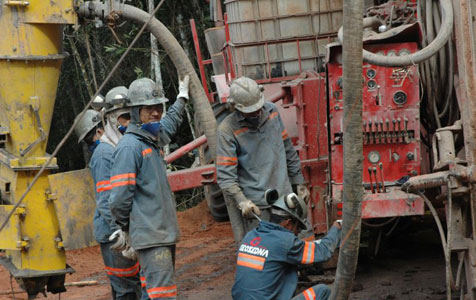 Centaurus Metals has raised $5 million for early-stage works at its Jambreiro iron ore project in Brazil while it finalises a debt funding package for the development.

Centaurus said major shareholders Atlas Iron and Liberty Metals & Mining Holdings, as well as institutional, sophisticated and professional investors, had taken part in the $5 million share placement, which was managed by Canaccord Genuity.

The company has also outlined plans to raise a further $2 million through a share purchase plan with existing shareholders by issuing 40 million shares at 12.5 cents per share.

“This capital raising will enable us to maintain our development momentum at Jambreiro while we complete the main funding package for the full development of the Jambreiro project, ensuring that the initial site development activity can continue and putting us in a position where we can commence the procurement activities associated with the key components of the capital spend,” Mr Gordon said.

He said debt funding discussions for Jambreiro were at an advanced stage as lenders were completing due diligence.

“We expect to be able to push the button on the final funding package soon,” Mr Gordon said.

The company is expecting to start construction at Jambreiro by the end of June before reaching commercial production one year later.

The first stage of the project is expected to cost $53 million and deliver 1 million tonnes per year of iron ore to the Brazilian domestic market.

Centaurus has also devised plans to grow the production base to 3mt per year which would include exports to international markets.

Prior to today’s share placement, Atlas Iron held a 19.6 per cent stake in Centaurus and Liberty Metals held 12.8 per cent.

Jambreiro has a JORC-compliant ore reserve of 48.5mt of iron ore and is situated about 600 kilometres north of Rio de Janeiro.

Centaurus said part of the funds raised would also be used for exploration and pre-development works at its Candonga iron ore project, located 35km from Jambreiro.

The company expects Candonga to produce 300,000t of iron ore per year.