Centaurus will own 100% of the tenements for a total outlay of A$3.2 million plus advance royalties based on defined tonnes.

Centaurus Resources Ltd has taken a major step towards its strategy of building 100 MT of high quality iron ore resources in the world famous Iron Quadrangle region in Brazil through the 100% acquisition of three new projects (comprising seven tenements) surrounding its Liberdade operation.

The projects lie within the world class Itabira iron district, home to the major Caué and Conceição mines, which is part of the north-eastern region of the Iron Quadrangle and is the birthplace of the worlds biggest iron ore producer, Vale.

It is also a district in which other major iron ore companies including Rio, BHP and Anglo American are active.

In December 2007 Centaurus announced that it had acquired the right to purchase up to 60% of Mineracao Marsil Ltda which owns the Liberdade Iron Ore Project ("Liberdade").

Liberdade, with its mining lease and high-quality ore, represents the cornerstone of the Centaurus Iron Quadrangle strategy to build a portfolio of tenements in the Iron Quadrangle around a producing mine and processing facility to feed domestic and overseas demand.

Centaurus believes that Liberdade can be in production by mid 2009 with a view to funding future Brazilian exploration, development and acquisition.

Centaurus will complete its first phase of resource drilling at Liberdade next week with preliminary assay results from the first drill holes having just been received. 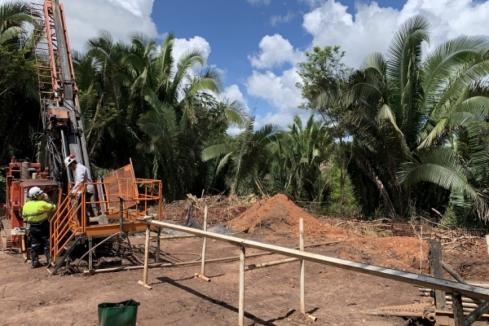