A Fremantle-based literature hub is determined to keep the Australian book industry and its creators alive and thriving. 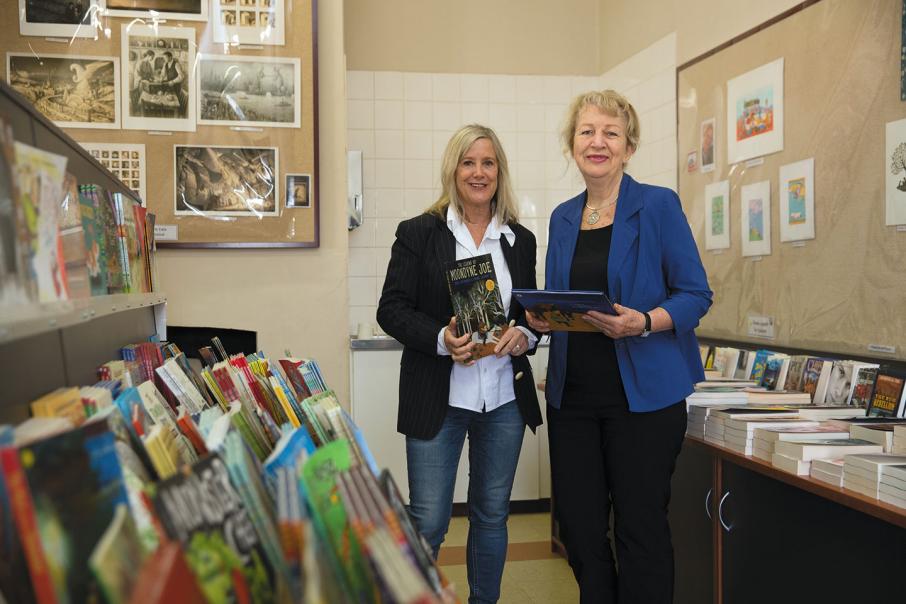 HAVEN: Frané Lessac (left) says The Literature Centre and its founder, Lesley Reece, have kept the careers of many in the book industry going. Photo: Attila Csaszar

A Fremantle-based literature hub is determined to keep the Australian book industry and its creators alive and thriving.

Can a focus on Australian authors of literature for young adults make a difference to monumental challenges faced by local writers in the digital age?

The Fremantle-based The Literature Centre certainly thinks so.

It will host some of Australia’s top authors and illustrators this week to share ideas, stories and experiences at its fifth annual Celebrate Reading National Conference, including popular young adult book creators Markus Zusak and Maureen McCarthy, and Western Australians Deb Fitzpatrick and Dianne Touchell.

More than 200 delegates of all ages from across the country are expected to attend the event, which aims to celebrate and provide insight into quality Australian literature.

The Literature Centre founder and director Lesley Reece said the initiative was started in 2012, and that it was the only organisation that ran an Australian-only author-illustrator conference.

“People need to be exposed to the many wonderful books written in Australia,” Ms Reece told Business News.

“I have nothing against quality American or British books, but our role is to make sure children and young adults are steeped in their own literature.

“If culture only comes from abroad we cannot just assume that is ok, we need to ensure there is an Australian cultural entity.”

It has also evolved into a haven for industry professionals, providing a live-in residency for authors and illustrators as well as direct promotional access to their target audience.

“It is the only centre of its kind in Australia,” Ms Reece said.

“And the great magic of the centre is that it’s a partnership – we need to support these Australian creatives and in turn they support us with their time, exhibition materials and new books.”

According to a Macquarie University study for 2015, Australian authors accounted for 33-36 per cent of trade books sold nationally, with ‘trade’ the term for those books commercially published for general readership.

And despite the evolving disruption of e-books and Kindles, sales of onshore trade books increased in 2015 after years of decline.

The Macquarie report revealed Australian trade sales last year were worth approximately $979 million, an increase of 2.4 per cent on the previous year.

“E-books were huge to start with and students do read from Kindles and iPads,” Ms Reece said.

“But students have said to me they’ve read a story online then bought a copy from us because they loved it and wanted to read it again, but they also wanted to hold it.

“I think people get carried away saying you’ve got to have one or the other not you need both … why fight it? Ultimately I just want teenagers and children to be reading.”

The centre launched Elizabeth Stanley’s book The Deliverance of Dancing Bears in 1994 and, after being out of print for years, Ms Reece said it had recently been reprinted.

“Getting published is tough in Australia, even the most successful authors can be rejected and the best books can go out of print,” she said. “Luckily the centre has got enough push now that if we say we want a book republished it happens.”

Part of that push process, Ms Reece said, was due to the high demand from the centre’s program attendees – teachers, librarians, as well as the over 30,000 students across the state it works with each year.

“Apart from direct sales in our bookshop, there is a considerable amount of individual and class set book orders that we receive from schools,” she said.

“Teachers and librarians hear about quality Australian books through our centre’s workshops, as well as through meeting our authors and illustrators and sales flow from that.”

Several books by Matt Ottley, Gary Crew, Mark Greenwood and Frané Lessac have also been brought back into print as a result of the centre.

An author and illustrator, Ms Lessac has been associated with The Literature Centre from the beginning and said it had been pivotal for many Australian industry careers in terms of support and networking opportunities.

“The school visits have kept us alive,” Ms Lessac told Business News. “Without those we would be working other day jobs, nine to five, trying to write only on the weekends and holidays.”

Ms Reece said the centre’s bookshop was the only store in the world that stocked Australian-only children’s and young adults’ books.

During the past two years the centre’s cumulative book sales have neared $200,000.

“The death of the book hasn’t happened,” Ms Reece said.