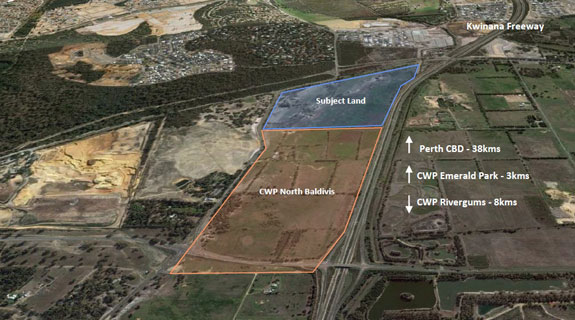 Cedar Woods Properties has increased its presence in the southern suburb of Baldivis, buying a 50.7-hectare plot for $26.2 million.

The land adjoins Cedar Woods’ existing 68ha landholding and is expected to produce around 700 housing lots, sized between 225 square metres and 550sqm.

In total, Cedar Woods’ planned North Baldivis land will have a total yield of around 1,500 lots.

“Located in a major urban growth corridor, we expect this property to meet with strong demand within an area we are familiar with,” Mr Rosser said.

“With existing estates Emerald Park, Wellard to the north and The Rivergums, Baldivis, to the south, our exposure to the high growth southern corridor is assured.

The median price for Baldivis land in the year to December 2014, according to the Real Estate Institute of WA, was $223,000.

Baldivis was also the most active land market in Perth over the same period, with 673 lot sales.