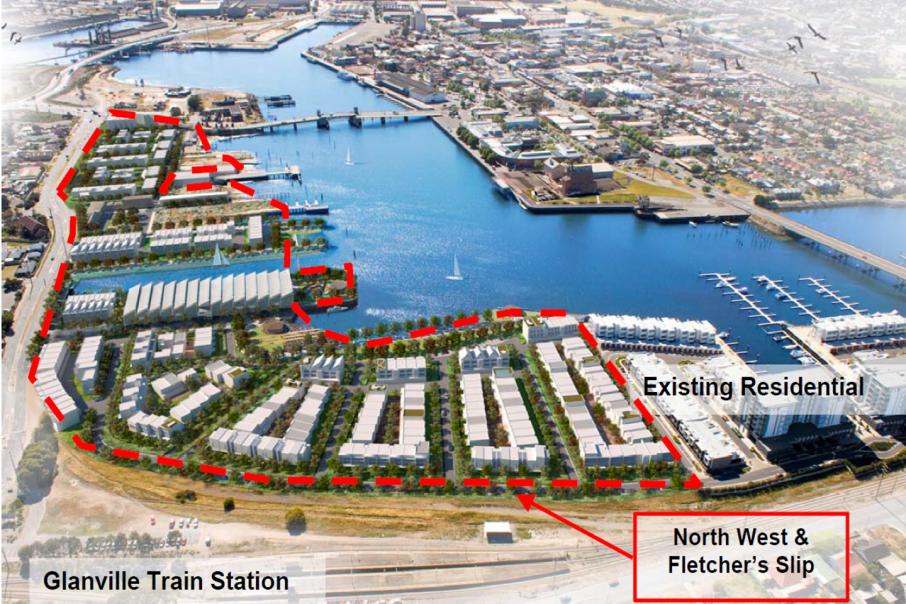 The Perth-based developer was selected as Renewal SA’s preferred partner for two parcels of land at Port Adelaide, known as the North West and Fletcher’s Slip precincts.

Cedar Woods said it would work closely with Renewal SA, while also consulting with the community, over the next six months to produce a master plan for the land.. “The proposal comprises about 500 homes across the two precincts with the majority being two- to three-storey townhouses,” Mr Archer said.

“The proposal also provides for a public waterfront promenade, park and plaza, refurbishment and reuse of the heritage buildings in Fletcher’s Slip, plus a new shared path and interpretive trail.”

The project is Cedar Woods’ second foray into South Australia, after it was appointed by Renewal SA for a 16.5ha urban renewal project near Adelaide’s city centre in September last year.

At Glenside, Cedar Woods and Renewal SA have developed a master plan for the area, which is expected to yield around 1,000 apartments or townhouse.

The developer today said the SA government had approved the sale of the site to Cedar Woods for $25.8 million.

“The plans for Glenside take into account the range of views expressed in the extensive community consultation to date, which highlighted the importance of retaining significant trees and open space, providing recreational areas and preserving magnificent heritage buildings,” Mr Mullighan said.