West Perth-based Cauldron Energy has secured $10 million from Chinese investors to ramp up exploration at its suite of uranium assets in Australia and Argentina.

West Perth-based Cauldron Energy has secured $10 million from Chinese investors to ramp up exploration at its suite of uranium assets in Australia and Argentina.

 A total of A$10M to be invested into Cauldron by Chinese investors,

 Funds to be applied to exploration activities at Cauldron projects in Australia and Argentina,

 Cauldron expects to have drilling rigs operating at all major projects by Q1/Q2 2010,

 Chinese representative to join Cauldron Board, and

The investment in Cauldron has been made by Chinese industrialists Mr Qiu Derong and Mr Qiu Dekang, principals of Shanghai Yizhao Investment Group Co Limited.

Cauldron's Executive Chairman, Mr Tony Sage, believes the investment by these strategic Chinese investors will play a key role towards the Company achieving sustained exploration success in 2010 and beyond.

Cauldron Energy was created by the merger of two ASX listed companies, Jackson Minerals Limited and Scimitar Resources Limited, in 2009. At the time of the merger the boards of both companies believed the merger was a necessary step to ensure project development was not hampered by a lack of funds.

"The merger of Jackson and Scimitar was proposed as it was evident a combined entity would have a greater chance of securing required funds for project development than the two companies independently," Mr Sage said.

"This significant investment by the Chinese proves the belief of both boards was correct, and the combined entity is much stronger than Jackson and Scimitar could ever have been individually," Mr Sage added.

The investment by Mr Qiu Derong and Mr Qiu Dekang will occur in two tranches as follows;

Under the terms of the agreement, the Convertible Note holders have the right before the repayment date of 31 July 2012 to convert the Note into ordinary shares in Cauldron, subject to the receipt of all necessary regulatory approvals (if any) including from Cauldron shareholders.

Cauldron has now closed this facility, having raised a total of A$9.3M (including the investment made today).

Cauldron has also agreed to place a total of approximately 6M shares to the Chinese investors at an issue price of A$0.50 per share, to raise A$3M. These shares will be issued pursuant to shareholder approval being obtained at the Company's upcoming Annual General Meeting.

There is also a free attaching option to subscribe for Shares on the basis of one option for every three Shares subscribed for. The Options are exercisable at A$0.50 on or before 30 November 2011.

In light of the significant investment by the Chinese investors, the Cauldron board has unanimously agreed to the appointment of Mr Qiu Derong as a Non Executive Director.

Mr Qiu is a highly experienced industrialist with more than 25 years experience in the architecture, construction, real estate industries in China and with over 15 years of experience in the management of enterprises and projects throughout the country.

He has a MBA obtained from the Oxford Commercial College, a joint program operated by Oxford University in China.

The investment into Cauldron is the first by Mr Qiu into an Australian resources company.

"We welcome someone as well credentialed as Mr Qiu to the Cauldron board and we look forward to the key role he will play in the development of the company and its assets in due course," Mr Sage said. 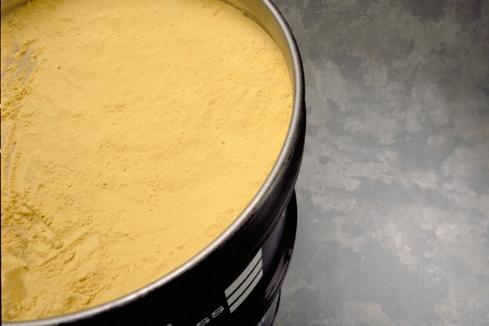