Catching up to students’ housing needs

SPECIAL REPORT: A new wave of property developments is taking shape across Perth’s CBD, with more than $200 million worth of student accommodation projects in the pipeline. 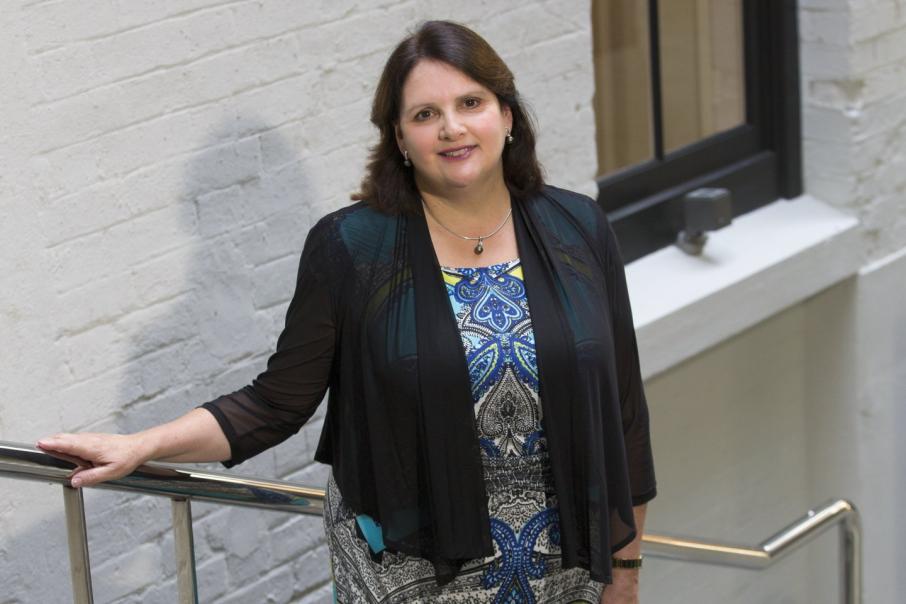 A lack of appropriate accommodation, particularly in central Perth, is widely recognised as one of the major barriers facing international students seeking to study in Western Australia.

Last year, the Western Australian Higher Education Council highlighted the issue as a factor in Perth’s declining share of the national foreign student market, which has fallen from 10 per cent a decade ago to 7 per cent currently.

To counter this effect, the council launched the Perth Education City Project in 2016 to explore the ways Perth could grow as an international education city.

Involving all five of WA’s universities, and headed by former University of Western Australia senior executive Gaye McMath, the project aimed to encourage the interest of private student accommodation providers and investors, as well as outline a broader strategy to help make Perth a student destination.

“What we haven’t had is sufficient purpose-built affordable student accommodation in Perth to staple with our great academic offering,” Ms McMath told Business News.

“That has put us at a competitive disadvantage to the rest of Australia.

“In Melbourne there are students everywhere, and with that comes a whole range of ancillary benefits; there’s vibrancy in the city, benefits to business, retail – it lifts everyone.”

The international education sector is Victoria’s largest service-based export, generating $7.1 billion in export revenue and supporting more than 30,000 jobs in 2016, according to that state’s government.

Ms McMath is confident the same potential awaits WA, with the right guidance and investment.

According to her 2016 Perth Education City report, there were about 5,000 student beds available on Perth campuses.

As of March this year there were 59,000 international students enrolled across WA’s universities.

“And campus life is not for everyone; it’s about providing diversity for all students.”

The proposed number of student beds in WA has increased from 2,000 in the pipeline last year to more than 3,600 currently, according to the Savills 2017 Australia Student Accommodation Market report, which noted record numbers of investors were looking to access this sector nationally.

The Savills report also highlighted that WA’s existing supply of beds equated to just 3 per cent of full-time students, with 95 per cent renting privately or at home.

As a result, shortages of appropriate student accommodation had affected the affordability of accommodation for students living in university precincts.

“When you consider that many of these (international) students are coming from highly urban environments, such as Singapore, you can appreciate that many would like to be in an inner-city location rather than on a suburban campus,” Mr Haeren told Business News.

“The inclusion of student housing in the city adds to the vibrancy of the CBD, which is a key objective if we want a sustainable and interesting Perth, and should be supported.

“Elsewhere in Australia, the neighbourhoods around city universities evolve as notable hubs with a focus on creativity, food and education.”

According to the City of Perth’s ‘Student City’ project pamphlet, it is prepared to offer a package of incentives for student accommodation developments including a 20 per cent plot ratio bonus, a 10-day building permit process and the ‘fastest planning approvals in the country’.

“The office market is down and there are already several hotels and residential apartments planned,” Ms McMath said.

“I think developers see this as an emerging industry in Perth; we’re even in the same time zone from where we draw the bulk of international students.”

The circa $80 million 24-storey tower at 89-95 Stirling Street, designed by MJA Studio, will house 571 beds and feature a 15-metre lap pool, gym, library and rooftop outdoor area including a cinema, bar and kitchen. 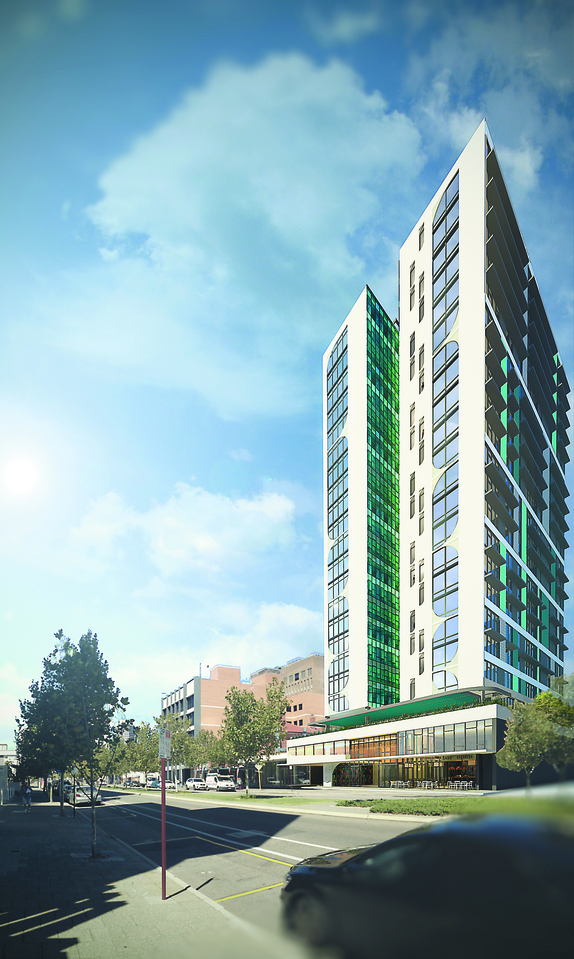 BGC has already started work on the project, which is due to be completed by the end of 2018 ready for the 2019 student year intake.

Stirling Capital managing director Luke Reinecke said it was the first student accommodation project the group had done in Australia. He said the business’s interest had stemmed from his own experience working with Campus Living Villages as part of the team that had delivered over 3,500 beds from its inception.

“We’ve been looking for the right opportunity and really felt toward the end of 2015 that it was a mature enough market to give it a go,” Mr Reinecke told Business News.

“For us the real opportunity is to have that first-mover advantage.

“I think that while there will be more student accommodation over time, it will be a gradual process.

“The funding markets will play a large part in controlling supply.”

Mr Reinecke said Stirling Capital had partnered with global operator GSA, which, through its operating platform The Student Housing Company, had been voted the best student accommodation operator by the national survey of students in the UK four years running.

“In their lifespan they have been very successful at establishing new markets,” he said.

“Students generally either want to be close to the campus or where they work and go out for fun; in our view, Northbridge is perfect for that, and we have two other (multi-residential) projects in the area.

“You’ve got an established transport infrastructure with CAT buses and the central train station, and there’s the inescapable fact you’re on the doorstep of the cultural and entertainment precinct.”

The $50 million-plus project, designed by Woods Bagot, will provide more than 700 student beds and offer a variety of food and beverage choices across the street level. 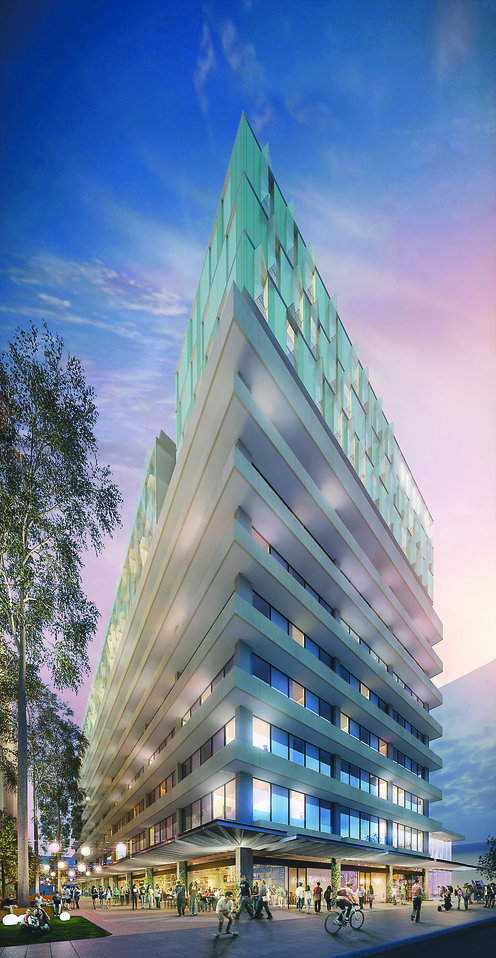 Devwest development director Brett Lovett, who has been involved with student accommodation projects in the UK, said the group was in advanced negotiations with Broad Construction for the project and anticipated completion ready for 2019.

“We feel as an organisation the commercial office market has certainly hit the bottom, and we are now seeing renewed interest from institutions looking to take advantage of these market conditions,” Mr Lovett told Business News.

“We’ve relaunched our South Perth project, that’s got 5,000 square metres of office space, so we are cautiously optimistic about the next two to three years.

"I think it's important for the development industry, when appropriate to talk up the market and help ourselves out of a down market - yes there are also other economic and fiscal factors but we must muddle through and that means having a fairly thick skin at times.

“As a developer you are always on the lookout for emerging markets and importantly, try to be in first and out first. This is why about a year and a half ago we took the opportunity to seek out a building that we could repurpose from office use into a purpose built student accommodation."

Mr Lovett said that Devwest had gained planning approval and that it had creative ideas for the building.

"It certainly won't be a business as usual approach," he said.

Brisbane-based Cedar Pacific’s vision is to transform a 3,000sqm vacant lot behind Perth Arena, which is lot 4 within the Metropolitan Redevelopment Authority’s Perth City Link project, into a 550-bed student accommodation facility for an undisclosed sum.

The latest project to hit Perth was lodged in September by Brisbane-based Blue Sky Real Estate for a $70 million, 30-storey student accommodation tower, after it acquired a site on the corner of Pier and Wellington streets, formerly home to the Wellington Surplus stores, for $8.4 million.

Urbis’s Mr Haeren said the next step for Perth as an education destination was to base more campuses in the CBD, as was the case in Sydney and Melbourne.

“Getting WAAPA or the like into Northbridge would be a great outcome,” he said.

“However, this presents a challenge, as the WA universities have been investing in their existing campuses where they have significant land available.

“That said, UWA and Curtin now have annexes in the city and UCQ has also set up here, so there is some progress being made.”

Ms McMath believes a coordinated effort is needed to sustain the sector, maintain quality and avoid oversupply, which included more marketing of Perth and ensuring there was substantial public transport.

“The private sector is building it so we need to respond with a long-term strategy and coordinated effort,” she said.

“In 10 years’ time I think we’ll see the benefits of having those greater numbers of students living and being a part of a more vibrant Perth.”