After two years battling bureaucracy, there’s light at the end of the tunnel for Catalina Adventures. 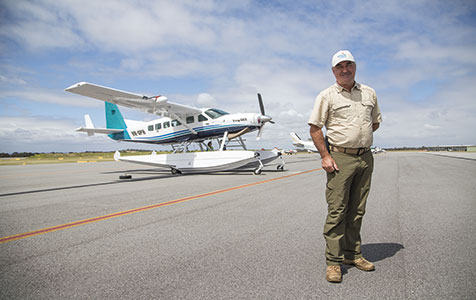 After two years battling bureaucracy, there’s light at the end of the tunnel for Catalina Adventures.

Environmental trials for seaplane operations on the Swan River will be under way before month’s end, with tour operator Catalina Adventures expecting commercial tourism flights to begin early in the new year.

The flights will take off and land near the gazetted jet-ski area near the Narrows Bridge, and comprise joy flights to Rottnest Island as well as giving tourists the opportunity to link up with tour operators in Albany, Busselton-Dunsborough and the Margaret River region.

In April and May 2015, the tours will expand to include day trips to the Abrolhos Islands.

Catalina Adventures owner Mack McCormack said tour operators in the South West had been very supportive of the proposal.

“We want to move people from the CBD to where their operations are; we’re the missing link,” Mr McCormack said.

“Every business that we’ve spoken to, whether that’s in the South West, in Albany or in Busselton, for us to bring them customers … they’re over the moon.”

The precautions include being prohibited from refuelling on the river, daily reporting to the Swan River Trust, and water monitoring to ensure no people, boats, or marine creatures were in the vicinity at takeoff and landing times.

Mr McCormack said the approval was welcome news after having pursued establishment of the seaplane operation for more than two years.

He said the final hurdle for the start of commercial tourism flights was approval from the Civil Aviation Safety Authority, which he expected to receive by February.

However, Mr McCormack said CASA had been extremely conservative when dealing with the proposal.

“The rules and regulations that are in place to allow seaplane operations on the east coast of Australia should allow us to operate here, because it’s not state legislation,” Mr McCormack told Business News.

“But you can’t rush government departments.

“From their point of view, their defence to anything that’s new is to drag it out and the entrepreneur will go away at some point through frustration or go broke.”

Mr McCormack said he was also negotiating to acquire South Perth Parasailing and offer the activity as a complement to both the seaplane tours and Catalina Adventures’ existing jet boat operations at Barrack Square.

Parasailing activities on the Swan River have been on hiatus for the past two years, but the licence to operate remains in place, he said. 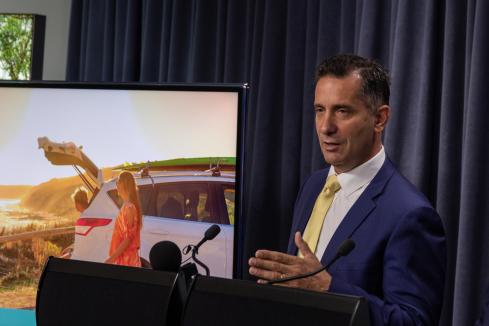