BHP Billiton’s divestment of its West Musgrave nickel project to Cassini Resources has had a dramatic and valuable impact on the junior miner's share price. 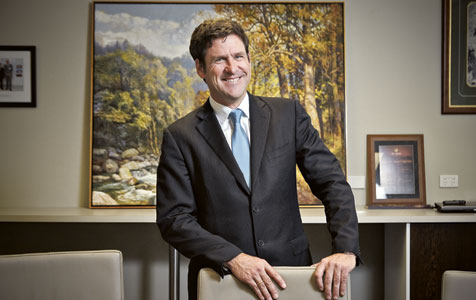 BHP Billiton’s divestment of its West Musgrave nickel project to Cassini Resources has had a dramatic and valuable impact on the junior miner's share price.

The deal triggered a massive spike in Cassini's share price, with the company's stocks up almost 400 per cent to 22 cents at 11:19am WST.

The West Perth-based miner, which has tenements near West Musgrave, has paid 10 per cent of $250,000 as a cash deposit, with the remainder due at the completion of the deal.

It has also agreed to pay a 2 per cent net smelter royalty from future production and a milestone payment worth $10 million in cash (and escalated for CPI) due 12 months after first production.

Cassini chairman and former BC Iron chief executive Mike Young said the divestment of assets by major mining companies had previously launched base metal companies such as Independence Group, Western Areas and Mincor Resources, and Cassini was aiming for the same transformation.

“This is an extraordinary, once-in-a-cycle opportunity for Cassini,” Mr Young said.

“We believe that history is repeating itself and that this acquisition is the start of a prominent new base metals company.”

“We foresee that a number of significant project milestones are capable of being achieved within the next six to 12 months,” he said.

Cassini has outlined a near-term strategy to build on the extensive work BHP Billiton had previously undertaken.

This includes plans to carry out in-fill and extension drilling at the Nebo-Babel deposits, which were originally discovered by Western Mining Corporation.

As part of the deal, previous BHP Billiton and Western Mining Corporation executive Jon Hronsky will join Cassini’s board.

“As a key member of the targeting strategy and exploration team that lead to the discovery of Nebo-Babel, Dr Hronsky will bring significant technical capabilities and a high level of understanding and knowledge of the project to the company,” Mr Bevan said.