A Perth company planning a major iron ore project in the Mid West is readying for an ASX listing, signing up Argonaut as lead manager and recruiting new directors. 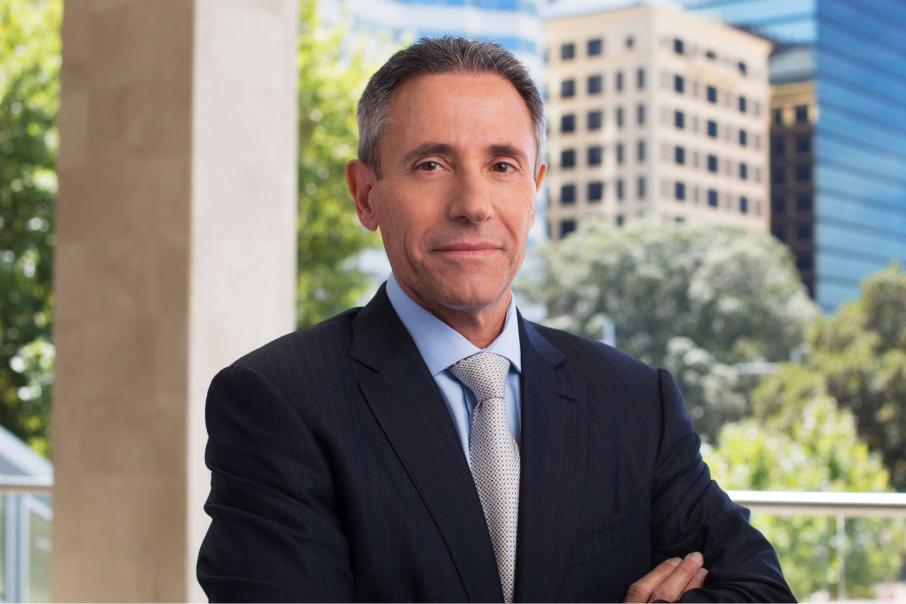 A Perth company planning a major iron ore project in the Mid West is readying for an ASX listing, signing up Argonaut as lead manager and recruiting new directors.

Cashmere Iron is looking to raise $30 million ahead of a listing on the ASX around October this year.

Company director and corporate lawyer Derek La Ferla has confirmed he will shortly rejoin the company’s board as chairman.

Mr La Ferla, who is a Cashmere shareholder, was chairman back in 2012 when it previously planned an IPO during the last iron ore boom.

He said a lot has changed since then.

Most notably, Cashmere has signed an agreement with Australian Gas Infrastructure Group to evaluate the development of common-user infrastructure in the Mid West.

This would include a slurry pipeline from the proposed Cashmere Downs mine to a new transhipment port at Oakajee – instead of a heavy-haul railway and a deepwater port.

The new infrastructure would also include a water pipeline back to the mine and a link to the Dampier Bunbury gas pipeline, which is owned and operated by AGIG.

“It’s all about the infrastructure.

“The MOU with AGIG is an important ingredient.”

Mr La Ferla, who is chair of Sandfire Resources and Poseidon Nickel and a partner at law firm Lavan, said the boom in iron prices over the past year was just one element in the planned project.

He said the company was aiming to develop a project that could withstand substantially lower iron ore prices.

The Cashmere Downs project will produce high-grade magnetite concentrate, which is in high demand from steel producers wanting to boost their environmental efficiency.

Mr La Ferla said the quality and size of Cashmere’s resource was another selling point.

“They are the building blocks on which we will move forward,” he said.

Argonaut chairman Eddie Rigg confirmed his firm has been mandated for Cashmere’s initial public offering, which will seek to raise between $20 million and $25 million.

As an unlisted public company, Cashmere already has about 300 shareholders.

Argonaut is also managing a $5 million pre-IPO raising to fund an internal restructure at Cashmere and further drilling.

The restructure will include a new board of directors.

The company’s founders, who include managing director and major shareholder David Hendrie, are expected to have one representative on the new board.

Cashmere is also in advanced discussions with a new chief executive.

Mr Rigg said the AGIG agreement was just one factor that made the project more attractive compared to 2012.

“We think the project is materially better since then,” he said.

He highlighted an MOU with Anglo American, which gives the global mining giant a period of exclusivity to negotiate investment, offtake and finance for the Cashmere Downs project.

He also pointed to the environmental advantages of using magnetite concentrate in steel making compared to the ‘direct shipping’ hematite ores that are mostly exported from WA.

Mr Rigg said Cashmere’s IPO would be priced conservatively – it will value the company at about $100 million compared to the $230 million valuation in the aborted 2012 IPO.

Mr Hendrie said the Cashmere Downs mine and process plant was likely to cost in excess of $2.5 billion, with annual output of 20 million tonnes per annum.

The cost mainly reflects the construction of a processing plant to convert the magnetite ore into concentrate.

By comparison, Fortescue Metals Group’s Iron Bridge magnetite project, with planned output of 22mtpa, will cost up to $US3.5 billion ($A4.7 billion).

The Cashmere project will require a 540km pipeline to a new transhipment port at Oakajee, suggesting infrastructure costs could be in excess of $5 billion.

Mr Hendrie said the proceeds of Cashmere’s IPO would be used to complete a definitive feasibility study and undertake further drilling to double the resource base.

The project currently has an estimated resource of 1.05 billion tonnes.

Mr Hendrie said the proposed mine featured a high quality magnetite outcrop that was up to 60 metres above the ground.

“The concentrate grades are exceptional, up to 43 per cent weight recovery.”

Mr Hendrie said other magnetite projects had a weight recovery in the mid 20s, which meant they had to move a lot more ore to get sellable product.

The concept of common-user pipeline infrastructure was originally conceived by OSD Pipelines founder Brian O’Sullivan, who has been working on the concept since 2014.

It has been working with AGIG on the concept for the past two years.

That work culminated in AGIG and Cashmere jointly agreeing to fund a $3 million pre-feasibility study of the common-use infrastructure plan.

AGIG chief executive Ben Wilson said it was early days, but the agreement would put into play a series of detailed feasibility studies on the proposed infrastructure.

If all goes to plan, the infrastructure will have a capacity of 30mtpa and be used by multiple miners.

Editor’s note: The next edition of Business News, out on Monday 28 June, includes an in-depth report on potential iron ore projects across Western Australia.