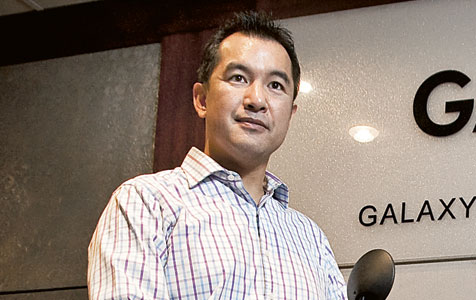 Galaxy Resources says it is back on track to pursue the development of its flagship mine, with its Jiangsu processing facility on course to break even this year, and a further $1.1 million in cost savings identified through the redundancy of half of its Perth head office staff.

The lithium miner provided an update on its strategy to investors today, after it closed a shortfall placement late last week to take its capital raising initiative up to $37.5 million.

Galaxy said it would continue to focus on reducing costs, offering full redundancy entitlements to 50 per cent of its Perth office staff.

“We will concentrate on maintaining strong financial discipline and ensuring that cost control is a principal strategic objective,” managing director Anthony Tse said in a statement.

The facility has a nameplate production capacity of 17,000 tonnes of lithium carbonate, with has the potential to generate annual revenue of more than $US100 million.

Mr Tse said the company’s stronger financial position would allow it to focus on its strategy for the potential development of its Sa de Vida brine potash project in Argentina.

The company will also use the funds raised to pay down around $US4 million in Chinese bank debt.

Galaxy had planned to retire $16.7 million in bank debts, had it reached the $46.7 million maximum mark for the capital raising.

At Sal de Vida, Galaxy said it had received strong feedback from participants in the capital raising that development of the project was an important strategic initiative for the company.

A definitive feasibility study for Sal de Vida put a $US45 million net present value on the project, which had the potential to create annual revenues of $US215 million.

“The company will now focus on ensuring the right development structures and partners are in place for the Sal de Vida project, and ensure that analysis of the project both technically and financially disciplined in order to successfully take the project through to the construction and production phase,” Galaxy said in a statement.

The new financial surety and support from investors would indicate that Galaxy has turned the corner after a difficult 12 months, punctuated by one of its major investors withdrawing a $66 million investment in January, which was followed by the shutdown of its Mt Cattlin spodumene project near Ravensthorpe in March.

The investor, the East China Mineral Exploration and Development Bureau, pulled its support after a pipeline rupture at the Jiangsu plant resulted in higher costs and lost revenue.

The company’s stock was trading around 13 cents prior to the launch of the rights issue, which was priced at 8 cents per share.

Galaxy shares were trading as high as 22 cents each near the end of September last year.

Following today’s announcement, the company’s stock was up 20.4 per cent, at 6.5 cents.