The federal government has adopted a Keynesian-style stimulus policy with its new temporary instant asset write-off, moving cash flows for small businesses forward and recouping the revenue in later budgets. 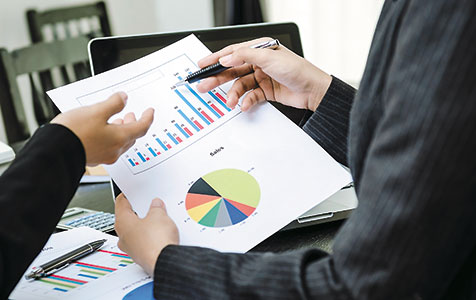 The federal government has adopted a Keynesian-style stimulus policy with its new temporary instant asset write-off, moving cash flows for small businesses forward and recouping the revenue in later budgets.

The move was part of a $5.5 billion small business package at the centre of the 2015 budget.

From budget night until June 2017, small businesses will be able to claim immediate tax deductions on asset purchases of up to $20,000.

Expanding accelerated depreciation will bring cash flow forward for businesses with turnover of less than $2 million.

The deductions apply to individual items, meaning businesses can claim the concession on each purchase below the threshold.

“Now is a great time for small businesses to go out and make those capital purchases that might have been on the ‘wish-list’ but where the time just never seemed quite right,” he said.

“Best of all, with the tax break effective from last night, businesses can make the purchases before the end of the current tax year and see an almost immediate reduction in their tax liability.”

Labor treasurer Wayne Swan introduced a similar policy (up to $5,000) in 2010-11, which was reduced to $1,000 by the Abbott government as part of the deal to repeal the mining tax last year.

There is a kicker for the government, too.

With items fully deducted in the first year, companies can’t make deductions in later years, meaning the government will still get the revenue.

Rather than receiving a steady stream as it would with a gradual depreciation of new assets, the government will receive the same revenue compressed over fewer years and at a later date.

It means moving tax receipts from the next two years, which are in substantial deficit, to the out years, putting them marginally closer to surplus.

The government is hoping that this will encourage businesses feeling the pinch of the slowdown to bring forward investment decisions.

The $1.8 billion deductibility package will come in addition to the previously flagged cut in the corporate tax rate from 30 per cent to 28.5 per cent for small businesses.

To complement this, the government announced a 5 per cent tax discount for unincorporated small businesses, to be capped at $1,000 per person.

Treasurer Joe Hockey said the government had delivered tax cuts for small business because it wanted the sector to grow and employ more Australians.

“But we recognise that small business, in order to succeed, needs better cash flow and better tools for innovation as well,” he said.

The package will effectively be paid for through a series of revenue integrity measures, including tough new penalties for multinational tax avoidance and the so-called ‘Netflix tax’ on downloads.