Carr talks up benefits of mining in Africa 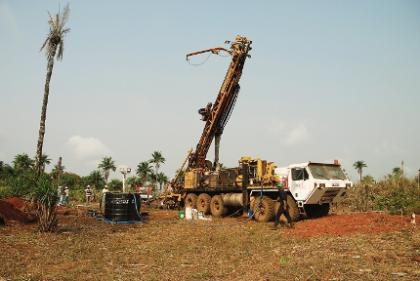 Foreign Affairs Minister Bob Carr has used a visit to the University of WA to announce increased aid to help African nations develop their mining industries, which he said was a much better way of driving future prosperity.

Senator Carr said Africa's exports of oil, gas and minerals were worth more than nine times the money it received from foreign aid.

"This represents an opportunity for developing countries to use their mining wealth to drive their future prosperity," Senator Carr said.

He said many successful Australian mining companies were investing in Africa.

"If they make money from good investments in Africa, and when I last saw figures there was $40 billion of Australian investment proposed for African mines, then they'll have more capital to invest in good projects back here," Senator Carr said.

While in Perth, Senator Carr plans to meet ministers from more than a dozen African countries at the Africa Down Under conference.

Ministers from South Africa, Nigeria, Namibia, Niger, Zimbabwe, Madagascar, Liberia and Botswana will be among those attending this year's conference.

The $4.9 million in aid funding announced today is for the Extractive Industries Technical Advisory Facility.

The Facility helps developing countries to understand, negotiate and analyse the complex financial, legal and environmental aspects of mining agreements.

He announced the aid funding while visiting the International Mining for Development Centre, which brings Australia's expertise in mining to developing countries through education.

"The Centre is an example of Australian know-how that delivers global benefits," Senator Carr said.

By 2015 the Centre will train 2000 people in the management of mineral resources.