ASX-listed Carnegie Clean Energy is evaluating three sites for the initial deployment of its CETO 6 wave power technology, including Albany and Cornwall, after it was confirmed today its Garden Island microgrid project will initially not include wave power. 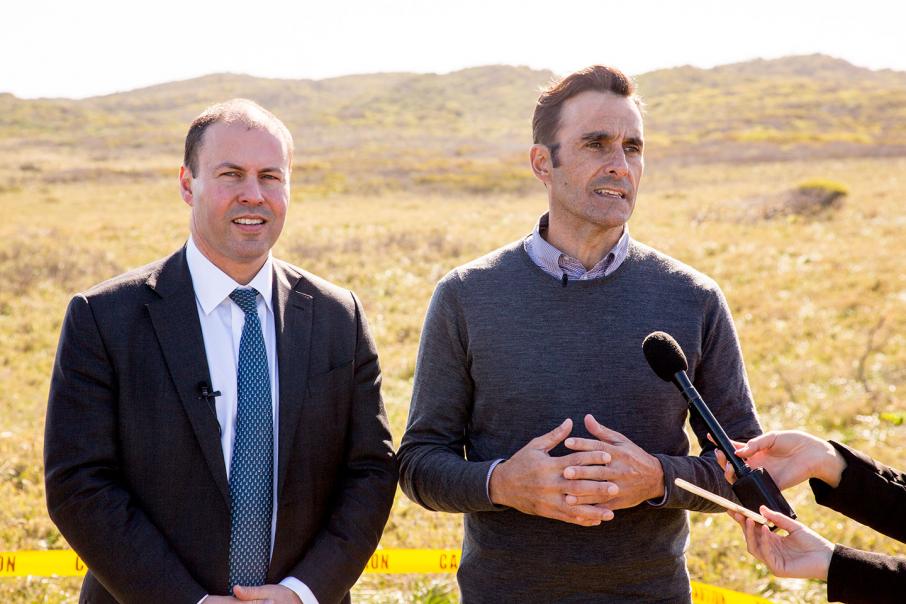 ASX-listed Carnegie Clean Energy is evaluating three sites for the initial deployment of its CETO 6 wave power technology, including Albany and Cornwall, after it was confirmed today its Garden Island microgrid project will initially not include wave power.

The final choice will be swayed by a state government tender process for the Albany wave farm – a project Carnegie has been closely associated with since the state election.

The state government has committed to invest up to $16 million in what it has called a ‘wave energy technology development project’.

In addition, it has committed to spend $3.5 million on a Wave Energy Research Centre in Albany.

“We think we are the best positioned wave company to deploy at Albany,” Mr Ottaviano said.

He said Carnegie was the only company to have deployed a wave energy system in the open ocean.

Carnegie has already mapped out detailed plans for Albany, and Mr Ottaviano confirmed today those plans have not changed.

“The project, to be delivered in stages, will involve an initial 1MW stage followed by a 20MW wave farm resulting in over $100 million of local investment,” the company stated in March.

“Successful demonstration of the 20MW farm could in turn lead to a 100MW expansion.

“The project also involves the establishment of a Wave Energy Centre of Excellence to be based at Albany and to involve the University of WA’s Ocean Institute along with Carnegie.”

A spokesperson for Ms MacTiernan said today that Carnegie was outlining its own aspirations, and the government hadn’t specifically outlined an output target.

He added the government had been in discussions with three Perth-based wave energy companies – Carnegie, Protean Energy and Bombora Wave Power – and all three could bid for the project.

The Albany tender was followed today by Environment and Energy Minister Josh Frydenberg’s visit to Garden Island for the sod turning at Carnegie’s $7.5 million microgrid project.

The project has been promoted by the company as the world’s first demonstration of a solar, battery, wave and desalination microgrid.

Construction of the 2MW solar farm and the battery storage system are now underway, and will be integrated with the existing desalination plant.

The project also links to a diesel power plant and the Western Power grid.

However, the wave energy component is on hold.

“The potential remains for the microgrid to be connected to a wave energy resource in the future,” Mr Frydenberg said in a statement.

He said the federal government continued to support the work of Carnegie.

Mr Frydenberg said Carnegie’s operations on Garden Island had been made possible through $28.5 million of grant funding provided by the Australian Renewable Energy Agency.

This included $2.5 million for the microgrid project.

“There will be wave power at Garden Island; for me its just a question of when,” he said.

Mr Ottaviano said as well as Albany and Garden Island, Carnegie could deploy its CETO wave energy system at Cornwall in the UK.

Its focus has shifted toward solar farms after last year’s acquisition of Perth company Energy Made Clean.