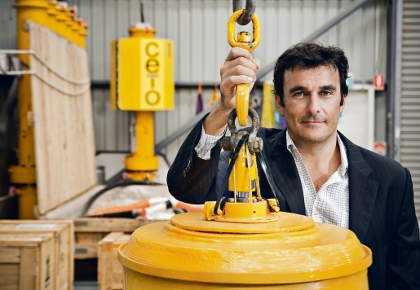 BUOYANT: Carnegie boss Michael Ottaviano says the company has a bright outlook for 2012.

Carnegie said it would launch a share purchase plan priced at 5 cents per share, giving existing shareholders the chance to buy between $3,000 and $15,000 worth of shares.

The company said the offer price is a 27 per cent discount to its 20-day average share price and 48 per cent on its 12 month average.

The offer closes on December 23.

Carnegie managing director Michael Ottaviano said the company was set for a number of significant milestones in 2012, with its CETO wave energy technology now ready to be demonstrated as a small, grid connected power station.

“These include the decision on the location of Carnegie’s first revenue producing CETO project, the deployment of the next-generation CETO unit by the French government-owned power utility EDF and multiple project grant decisions,” Dr Ottaviano said.

“We want to give our existing shareholders full access to participate in this capital raise given the compelling issue price.”