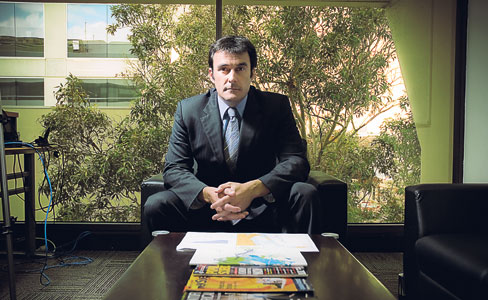 Fremantle-based wave energy company Carnegie has signed a deal with the Australian department of defence for power supply and grid connection to its HMAS Stirling base.

HMAS Stirling will purchase all power generated from the 2 megawatt project once it has been connected into the defence base’s grid.

It is the first grid-connected project for Carnegie and is expected to cost $31.2 million.

In May Carnegie announced the project would be funded with $10million it received through the federal government’s Australian Centre for Renewable Energy’s Emerging Renewables Program, $5.5 million in funding from the state government’s Low Emissions Energy Development program and $16 million would come from already-secured equity funding.

Detailed design of the project will now be progressed, and a target for construction and first power to the grid by the end of 2013 has been set.

“It is significant… for the Australian Department of Defence and Royal Australian Navy to be supporting the development of emerging clean technologies like Carnegie’s CETO through the purchase of electricity,” Carnegie’s managing director Dr Michael Ottaviano said.

Carnegie has been working with Defence since the signing of a Memorandum of Understanding in December 2008.

The announcement follows on from another announcement earlier this month that Carnegie was in talks with the Water Corporation to supply power to the Southern Seawater Desalination Plant.

That is now doubtful given the maximum capacity of the project will be 2 megawatts and the department of defence has an exclusive arrangement with Carnegie.