Carnegie Wave Energy has wholly acquired solar power and lithium battery storage provider Energy Made Clean by purchasing the 65 per cent stake it didn’t already own. 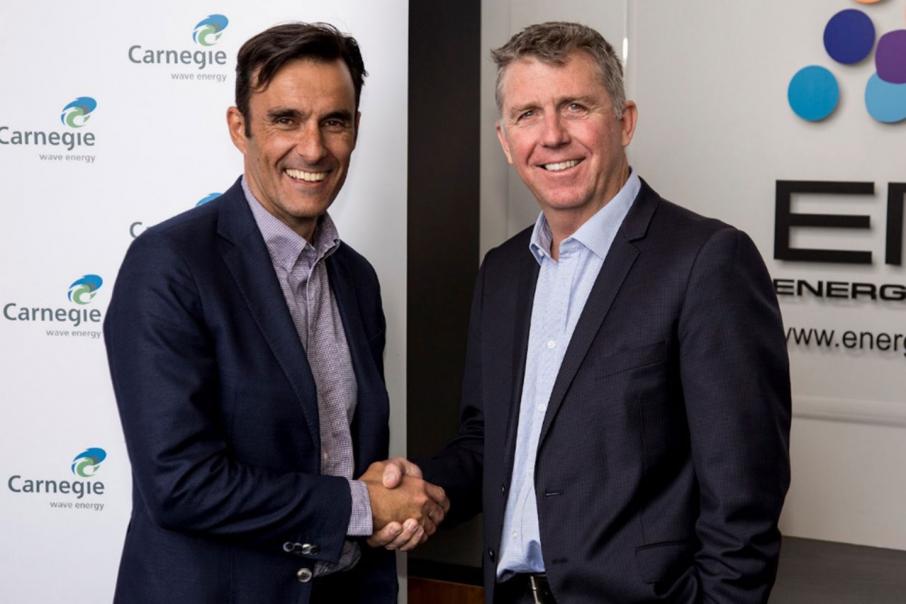 Carnegie Wave Energy has wholly acquired solar power and lithium battery storage provider Energy Made Clean by purchasing the 65 per cent stake it didn’t already own.

North Fremantle-based Carnegie paid $2.6 million in cash and $10.4 million in shares to increase its stake in EMC from 35 per cent to 100 per cent, with EMC managing director John Davidson to retain his role while also joining the board of Carnegie as executive director.

The combination of the two companies will create a single entity that offers a clean wave, solar and battery integrated microgrid product.

Carnegie purchased an initial 35 per cent stake in EMC in March for $4.5 million, with the two companies forming an alliance to share resources, skills and expertise to bring a wider range of renewable energy offerings to the market.

“This acquisition unlocks Carnegie’s ability to deliver a unique, in-house capability to capitalise on a rapidly growing segment of the renewable energy market globally.

“Microgrids are increasingly a major part of the renewable energy market as they can deliver cost competitive, clean power and energy security. It is the right time to seize this opportunity.”

Mr Davidson said a joint project between the two companies was already underway in Mauritius and was due for completion next year.

In addition, I'm delighted to say that today Carnegie and EMC signed the EPC contract for Carnegie’s $7.5 million Garden Island microgrid project which we have been doing the design for,” he said.

“This marks the start of what will be a long and successful line of projects, born from Carnegie’s international relationships and unique offering of a wave energy technology and EMC’s expertise in delivering customised microgrid solutions."

Carnegie shares were 10.8 per cent higher to 4.1 cents each ahead of the close of trade.