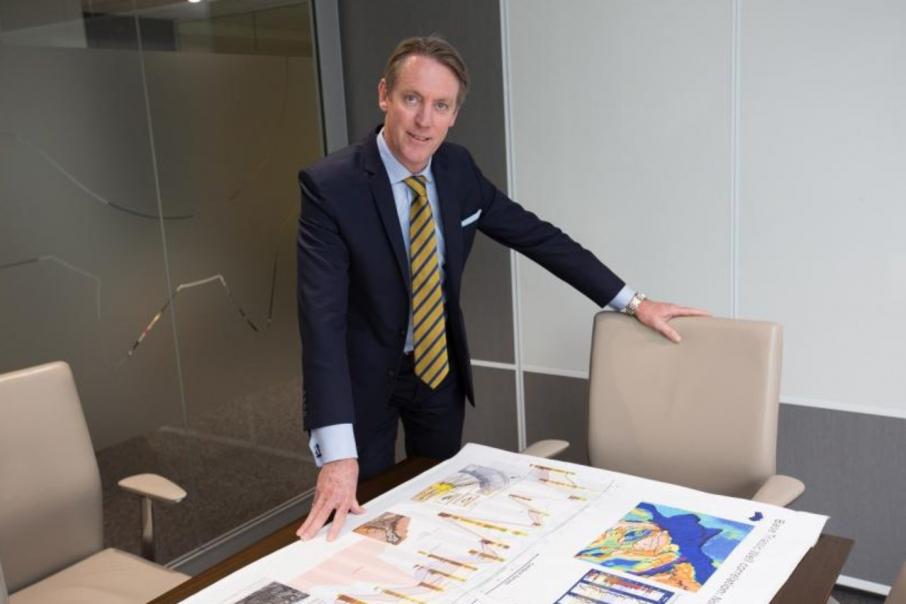 Adrian Cook is the managing director of Carnarvon.

Carnarvon selected Barrenjoey Capital Partners and Perth broker Euroz Hartleys to jointly lead the bookbuild, which has shares on offer at 30 cents each at a 9.1 per cent discount on its March 25 close.

Based in Sydney, Barrenjoey opened a Perth office in mid-2021 and snared its first WA deal alongside Bell Potter Securities and Macquarie Capital to lead a $450 million placement for lithium company Liontown Resources.

This time it is raising cash for Carnarvon Energy, a West Perth-based oil junior that struck big alongside joint venture partner Santos last week by finding a reservoir believed to 43 million barrels of oil east of Western Australia’s Dorado field.

Targeting $70 million in exchange for up to 234.8 million shares, Carnarvon plans to use the proceeds to bring its Dorado development to a final investment decision this year.

“Dorado is a world class resource, containing high-quality reservoirs and fluids in shallow water which we expect to result in strong returns for our shareholders,” Carnarvon managing director Adiran Cook said in a statement.

“There is also a significant amount of tie-in potential close to the Dorado development,” he said.

“The funds will also be used to test this potential, including the upcoming Apus-1 well, which will commence drilling next month.”

Carnarvon shares are in a trading halt and last changed hands at 33 cents.

In other capital raising activity on the ASX, Gascoyne Resources has laid plans to raise $19 million via a placement and follow-up share purchase plan.

Proceeds from the equity raise will go towards paying down Gascoyne's $10 million convertible note debt and upcoming drill programs at its Dalgaranga gold mine in WA.

Shares were on offer at 30 cents apiece.

Canaccord Genuity is acting as the lead manager and bookrunner, Bridge Street Capital Partners is acting as co-manager.