Carnarvon Hotel up for sale 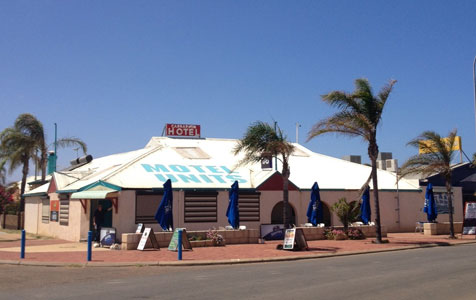 The Carnarvon Hotel and Motel has been placed on the market after slipping into receivership midway through last month.

Commercial real estate agency CBRE is handling the sale, on behalf of receivers and managers KordaMentha.

The historic building was built in 1913, after the original hotel was destroyed by fire.

KordaMentha was appointed receivers and managers on February 11.

The hotel and the land it sits on was owned by privately held companies Webb Smith Pty Ltd and Alchemy Agriculture Pty Ltd, respectively.

According to documents lodged with the Australian Securities and Investments Commission, Kimberley pastoralists Ruth Webb-Smith and Danny Webb-Smith are the directors of both companies.

It is understood the hotel was placed into receivership as collatoral security over separate failed investments.

CBRE Hotels’ Ryan McGinnity said the 6,103 square metre site had considerable development potential, while it had been well supported by locals and tourists, bringing in excess of $42,000 per week.

“We believe the timing is ideal to acquire and grow this hotel and accommodation business, which could ultimately become one of Carnarvon’s most attractive and best-performing premises,” Mr McGinnity said.

The hotel comprises 27 rooms with a main bar that includes TAB facilities, as well as a restaurant with views over Carnarvon’s main waterway, The Fascine.

Offers to purchase the hotel close on May 15.