Local tech company Captivate On Hold has won a contract to provide its services to a telecoms company based on a remote island near Iceland. 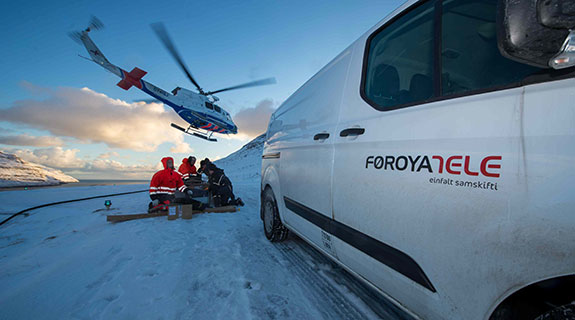 Local tech company Captivate On Hold has won a contract to provide its services to a telecoms company based on a remote island near Iceland.

Under the agreement, Captivate On Hold will supply Foroya Tele with its Music/Message on Hold in Hosted VoIP, Hosted Voice or Hosted PBX service, while Foroya will then offer the product to over 200 of its clients on Faroe Island.

Captivate chief executive Mark Horwood said Foroya was the first telco in the world that had come to the decision that it would go exclusively with the company.

“In a crowded market, it takes considerable time to get the message across to large telcos on the other side of the world,” Mr Horwood said.

“But this proves that our Australian technology is the best and that Australia is a reliable and safe provider.

“At Captivate On Hold, we are hopeful that getting this contract will give confidence to the dozen telcos in North America and Europe with whom we are currently dealing, and they too will eventually trust our world-leading, innovative products, developed right here in Perth.”

The deal was announced on the same day Captivate launched its Video on Hold product, which will allow callers to businesses the ability to watch promotional videos and content while on hold and waiting to speak to a company representative.